Valve Gear used by the LNER

A number of different types of valve gear were used by the LNER. It also inherited a number of varieties from the constituent companies. This page describes the most common types. There are separate pages for the Gresley conjugated and Lentz valve gears. 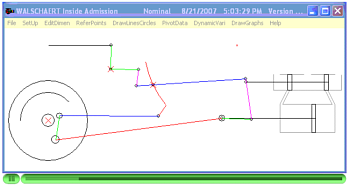 Walschaert developed his valve gear in 1844-8 through a number of trials and patents whilst working as a foreman for the Belgian State Railways. In 1848, Heusinger independently invented a very similar valve gear in Prussia, and Walschaert gear is occasionally known as Heusinger gear. Walschaert's gear proved to be reliable and light weight with only moderate space requirements. Compared to the existing Stephenson valve gear, Walschaert's gear had the advantage that it only required one eccentric per valve, and it supplied a constant lead for all cut-off settings. 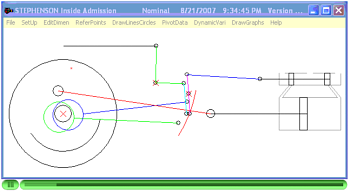 It quickly became popular, and was probably the most common kind of valve gear that was inherited by the LNER. Although its use on new locomotives was in significant decline before the formation of the LNER (1923), Stephenson valve gear was used for the J94 0-6-0ST locomotives - one of the last designs purchased by the LNER. 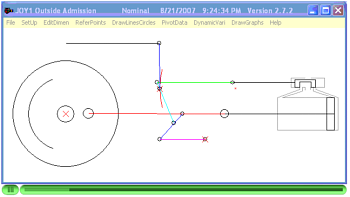 David Joy spent much of his career with the Railway Foundry (Shepherd & Todd) of Leeds, where he is usually given credit for much of the design of the celebrated 2-2-2 'Jenny Lind' class. In 1874 he became the manager of the Barrow Shipbuilding Company, where he developed the Joy valve gear. This valve gear was actually designed for ships, but it also represented a worthwhile saving in weight and space - both useful for locomotive applications. The motion was derived from a point on the connecting rod, and not from eccentrics as on Stephenson's gear. The freed space allowed designers to use stronger crank webs, and to increase journal bearing surfaces. This greatly reduced failure rates, but Joy valve gear was susceptible to fractures near the hole bored in the connecting rod for the gear's driving rod pin.

The most significant LNER locomotive class built with Joy valve gear, was probably the ex-NER J21 0-6-0. Although the NER had rebuilt many of them with Stephenson's gear before Grouping (1923), many of the J21s survived into LNER ownership with their Joy valve gear intact.

The following pages within the LNER Encyclopedia provide more detail about related subjects:

Thank you to Charles Dockstader for permission to use his Windows Valve Gear Program for the above animations.