The Aberford Railway: The Introduction of Steam 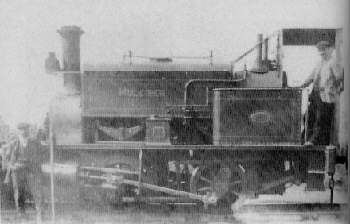 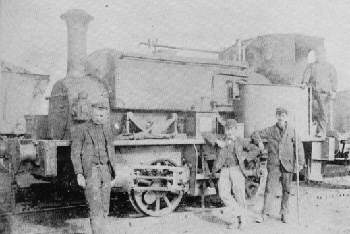 There is some evidence that a fourth locomotive, 0-6-0ST Trent worked on the Aberford Railway during a short loan, possibly when one of the Manning Wardle locomotives was being repaired. This is thought to be Hudswell Clarke Trent which was recorded as working on the Easingwold Railway in 1924-5. Details are sketchy, although an undated photograph exists of Trent at Garforth Colliery.

Reports of locomotive liveries vary, but careful examination of monochrome photographs suggest that the livery that was most commonly used was based on the standard Manning Wardle livery. This livery was green with yellow and black lining, and red wheels and buffer beams. This livery undoubtably changed over the years.

The introduction of steam locomotives represented a big step forward for the Aberford Railway. Despite this, the High Flyer continued to be free-wheeled down to the Aberford Depot and the locomotives were only used to haul passengers up the hill to Garforth. The Aberford to Leeds omnibus services had stopped their services when the Aberford passenger services were re-introduced. Demand appears to have been growing during the late 1870s, and two omnibuses started to work the route again. Growth in demand appears to have continued. In 1881 it was sufficient for the residents of Aberford to request a daily service on the Aberford Railway. Colonel Gascoigne was willing to meet this demand, but was cautious due to the restrictions imposed on public railways and the fact that the Aberford Railway was technically unauthorised. After seeking legal advice, Colonel Gascoigne initiated passenger trains six days a week. 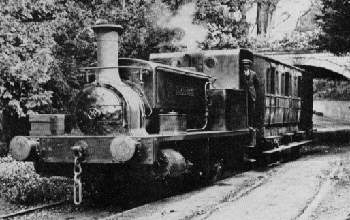 The new services required better passenger accommodation. An ex-Midland four compartment four wheel coach was purchased to provide a marked improvement over the old 'High Flyer'. One of the compartments was marked 1st class and had blue upholstery. The others were 3rd class with black and red upholstery. One of the 3rd class apartments was marked for smoking. Naturally, the 1st class required a higher fare and often remained empty. In time it became damp and mouldy, and less desirable! Eventually the 1st class designation was dropped and the compartment was usually used for heavy luggage. Livery descriptions of the coach vary a lot, and it appears to have had a number of repaints including Midland red and varnished teak. 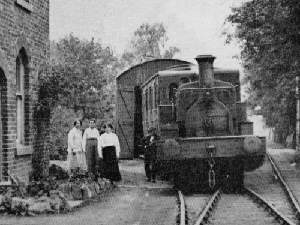 The introduction of this new coach marked the end of the practice of freewheeling. The 'High Flyer' was usually stored overnight at Aberford, but the new coach was kept at Hawks Nest in an engine shed known as the 'Fly Shed'.

In winter snow drifts could pose their own problems. 3rd class passengers would often be called out to clear snow or fallen branches. As 1st class passengers were not asked to help with such duties, this probably represented the only real difference between the two passenger classes. If conditions were particularly bad, then the morning's train was preceded by a colliery engineer and crew walking the line clearing any obstructions.

Accounts during this period describe a very leisurely service. A timetable existed, but it was never strictly adhered to. The train would often wait for someone who was slow, and if the train was missed it was usually possible to run down the line to catch up with it! By the early 20th Century, boys would often race against the train on their bicycles using the lanes between Aberford and Garforth. A realistic speed limit of 12mph existed. Safe speeds were limited by the short wheelbases of the locomotives operating over the less-than-perfect track. The track ran parallel to Parlington Lane and included two oblique crossings. Hazards such as farm carts and stray animals were common occurrences.

A description by W.Flockton in 1905 gives a good account of the railway during this period:

Whilst preparing to walk back to Garforth we learnt that the Garforth Colliery Company run a passenger carriage on their coal line between Garforth and Aberford occasionally (it may be daily), and better still that the carriage would be leaving in about half an hour. My companion, who is prone to become enervated by prolonged siestas, hailed the information with delight, and in due course we went to the starting place, and ran about like two superannuated footballers in search of the ticket office, which we found in a lane at the end of a foot road between gardens. Booking and "bolting", we climbed a small "earthwork" (used as the platform as the train, an ancient second class [sic] carriage of four compartments, backed up. The stationmaster, platform superintendent, and booking clerk, a composite unit like the crew of the "Nancy Bell", gave the signal, we climbed into a "smoker", the whistle sounded - and we were agon. We never touched high motor car speed, nor did we want to, for the track runs through or alongside the park amid charming scenery. We "unloaded" at another earthwork, and in three minutes we were at the railway station en route for Leeds.

Next page: Final Years of the Aberford Railway.