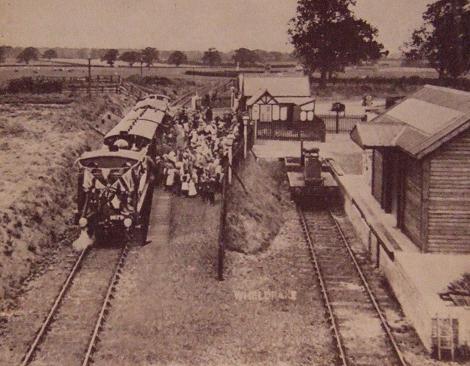 The Derwent Valley Light Railway (DVLR) was a privately owned standard-gauge railway running from Layerthorpe in York to Cliffe Common near Selby in North Yorkshire, England. It opened on 21st July 1913. Although it was never owned or operated by either the North Eastern Railway or LNER, it maintained strong connections and often used NER/LNER motive power.

The DVLR branched off the Foss Islands Branch. There were 11 stations:

The south end of the railway, from Wheldrake to Cliffe Common, was opened on October 29, 1912, with the remainder of the line opening on July 21st, 1913. 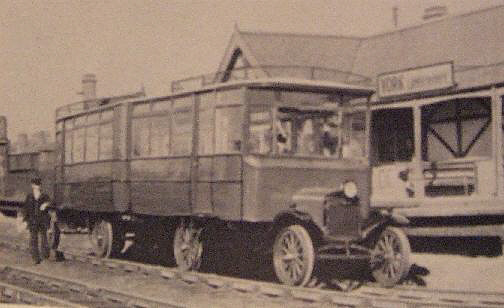 Although it was constructed primarily as a freight line, passenger trains were introduced from 1913, and during World War I it was used as a diversionary route by the North Eastern Railway between York and Selby. Passenger services ended in 1926, though freight traffic prospered through World War II.

During the Grouping of 1923, the DVLR missed out, and even after nationalisation in 1948, it still remained private.

In 1964, British Railways closed the Selby to Driffield Line, meaning that the junction at Cliffe Common became redundant. With the connection to Selby now gone, the DVLR was left isolated at its southern end. The line was subsequently run from the Layerthorpe end but traffic generated by the southern section of the track was light so the decision was taken to close the line between Wheldrake and Cliffe Common in 1965. The section between Wheldrake and Elvington followed in 1968. Elvington was closed in 1973, leaving only approximately 4 miles of track between Layerthorpe and Dunnington on the outskirts of York.

Layerthorpe is part of an industrial estate. A cycle track runs on the track bed to Osbaldwick.

Osbaldwick station is now a part of Osbaldwick industrial estate.

Clancys scrap yard is located on Murton Lane station. This section of the line is now a part of the Derwent Valley Light Railway Society.

Derwent Valley industrial estate is located on Dunnington Halt. The halt was located at the present day junction of the A1079 and Common Road.

Elvington industrial estate covers the Elvington for Sutton station. A house has been built on the actual station site.

Buildings encroach on the track bed at Wheldrake, but the main station site is a field.

Skipwith and North Duffield station is still standing and is the site of two camping coaches. 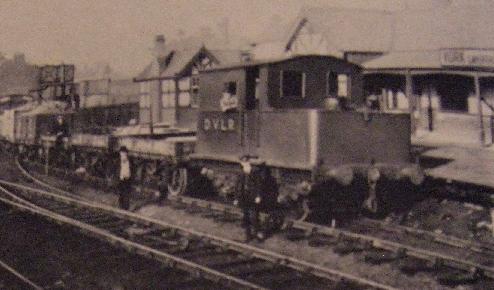 After the DVLR's last train ran on September 27th, 1981, the sidings and buildings at Layerthorpe were used by British Railways for storage until 1989. Much of the line was sold for further development, except for the half mile of line west of Murton Lane station. This has been taken over by the Yorkshire Museum of Farming. This museum is located in what was the field across the road from Murton Station. The DVLR's Light Railway Order was transferred to the museum in 1985. The museum operated 'Churchill', a diesel shunter dontated from the Dunnington-based Yorkshire Grain Driers Ltd. Preservation efforts grew when the Great Yorkshire Preservation Society moved from Starbeck shed (Harrogate) to the museum site in August 1990.

The biggest civil engineering project undertaken to date has been the movement and re-erection of the former DVLR Wheldrake station building, which had become a bungalow but had been standing empty for 20 years when the railway obtained it in 1991. The original site of Murton Lane station was slightly further west, on the other side of Murton Lane, where 'Clanceys' scrap yard is currently operating. The current site of the station was a field before we arrived, and everything that is seen has been built up on site. The station building was dismantled into many pieces at Wheldrake and transported to our site, where it was reconstructed on new foundations.

Today the line runs between Murton Lane, and Murton Way.

Thank you to Mark Turner for the above text and photographs.