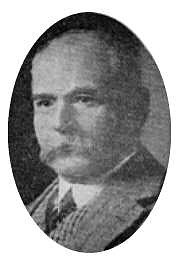 Wilson Worsdell was born in 1850 at Crewe, the younger brother of T.W. Worsdell. As with his brother, Wilson Worsdell spent a short time at Crewe, before moving to the Altoona Works of the Pennsylvania Railroad. On his return to England in 1871, he held various appointments with the LNWR. In 1883, he was appointed an Assistant Locomotive Superintendent of the NER. When his brother retired in 1890, Worsdell became the Locomotive Superintendent. This title was renamed to Chief Mechanical Engineer in 1902.

Worsdell's period as the CME of the NER was a time of great progress. It has been noted that Worsdell had a great ability to delegate, and from this he benefited from Walter M. Smith. Probably in part due to his time in the USA, Worsdell was a proponent of the "Big Engine Policy". After a visit of senior NER staff to the US, Worsdell chose boilers of diameter 5ft 6in for many of his locomotive classes. His 4-4-2 Atlantic (LNER C6) design was one of the most powerful locomotive designs in Britain at the time, and he was the first to introduce a passenger 4-6-0 locomotive to Britain. On his retirement, the prosperous NER was well equipped with locomotive power.