This forum is for the discussion of the locomotives, motive power, and rolling stock of the LNER and its constituent companies.

zandra wrote: ↑
Thu Oct 03, 2019 11:16 pm
Why does it have to have a name at all. Most locomotives did not have names and if the V4 class had been expanded the locomotives would probably not have had names. After Gresley’s death Thompson decided not to build any more and built the B1 instead. Most of those were not named.

Because it has to appeal to Joe Public as well as railway enthusiasts these days - and rightly or wrongly, <normals> seem to recognise locomotives by name, not number.
Top

Forward as per the company motto.
Top

Ford 'Vee' engines of that time - not the greatest.

Given that Tornado takes its name from the Panavia Tornado, perhaps they could continue along those lines . The obvious one being Harrier (fits with the A4 names as well), or Typhoon....Jaguar maybe...Phantom (oh please). Any takers for Eurofighter??? Or is that bad taste... 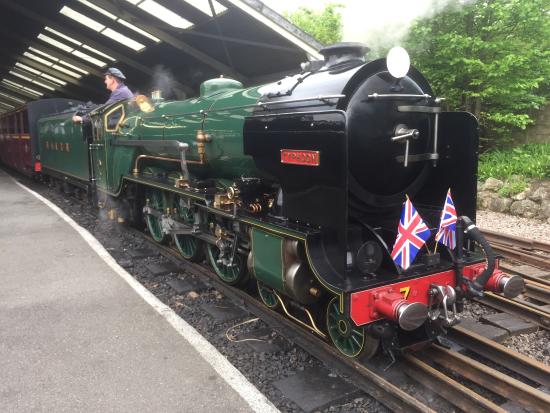 continuing the fowl names, how about "Rubber Duck"

(yes its okay for me to laugh at my own joke, its not really mine)

serious note
I'm happy to see that the V4 is to be reconstructed, a K3 would have also been nice given how many were built.

OK considering the original pair worked in Scotland and reviving connections to/with Sir Walter Scott. How about Waverley? In this instance it would be Waverley [1899-1940], not the current surviving much loved P.S. Waverley. But her predecessor lost during Operation Dynamo, the evacuation of the British Expeditionary Force from Dunkirk, hence the 1899-1940 in brackets.
Top

Again, just for fun, I was recalling some of the wonderful names carried by various Scottish locos relating to Sir Walter Scott’s characters, specifically Luckie Mucklebackit. Having googled LM some names previously unknown, to me,have cropped up.
I think we could afford a smile if the V4 came out with ‘plates from one of the following