Work on LH&JC No.29 is in progress at present (sorry there have been no updates recently). A longer term project I mentioned when working on both No.29 and the Q1 I built earlier in the year was an S1.

Obviously Mike Edge has recently built one of these, and I'd guess the etchings are available (or would eventually be?), but I'm not familiar with Etched construction (its a skill on my to-do list), and I'm enjoying making locos from 3D-printed shells. I'm aiming for a non-booster fitted example (probably No.69902) from the first batch with the fairly open cab sides.

The S1 is a bit different from the Q1 in some respects, as it would appear possible to re-cycle the Bachmann boiler as well. This presents problems for me is respect of the donor loco being an ROD 2-8-0 (ex-GWR) with GWR boiler fittings and smokebox door. So if the boiler is to be reused, it would have to have a new smokebox door (do-able), dome, and the GWR influence carved off. On the plus side, this gives me a detailed (i.e. riveted) boiler which does not require the endless sanding and filling a 3D printed tube does. Conversely, though the S1 and O4 share the same boiler (largely), the S1 sits slightly back, requiring the motor pocket to be modified on the Bachmann. 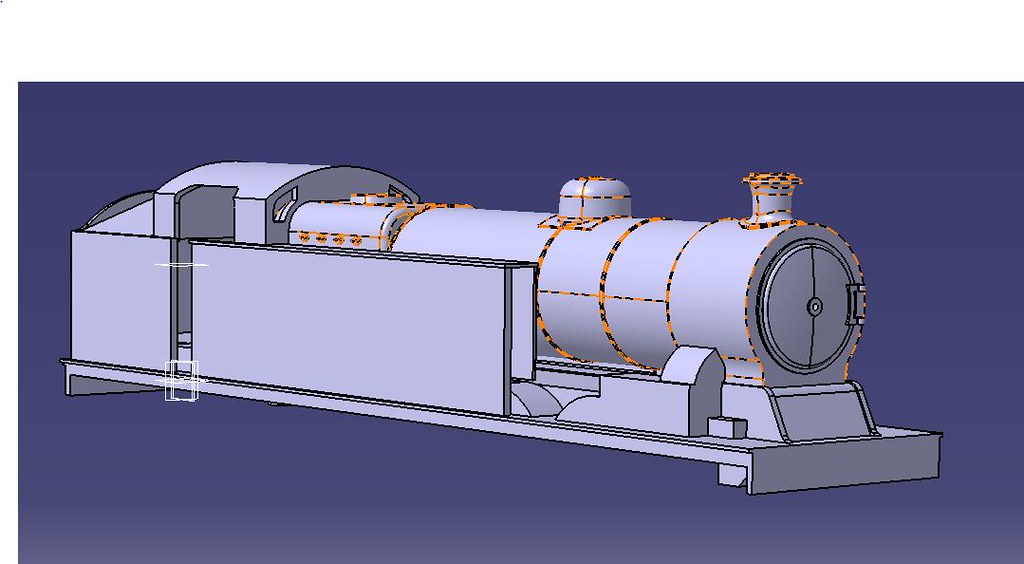 The CAD for a printed boiler is included, but I would prefer to have a go at a greater amount of mix and match this time.

Quite a way to go on this one, with the major challenge being to sort out the mounting of the rear bogie without fouling the rear of the Bachmann Chassis, which, as usual, I'd prefer to avoid disturbing, so that should the project fail, I can restore it to its original loco.

A question chaps, if you don't mind.

Croesnewydd (John) very kindly provided a drawing of the GCR 8A smokebox door, which I used the dimensions from to produce the smokebox door for the Q1. The smokebox dia of the 8A, and the Q1 was 22.167mm scale, whereas the S1/8H and the 8K are 23.167mm dia.

So my question is, was the smokebox door size standardised, i.e. the 8A, 8H and 8K all used the same door even on the bigger smokebox, or did the size change, and if it did change, was it proportion i.e. 1.045 times bigger please. Its obviously not a big change, but in most areas of the door, adds .75-0.9 mm onto the dimensions. 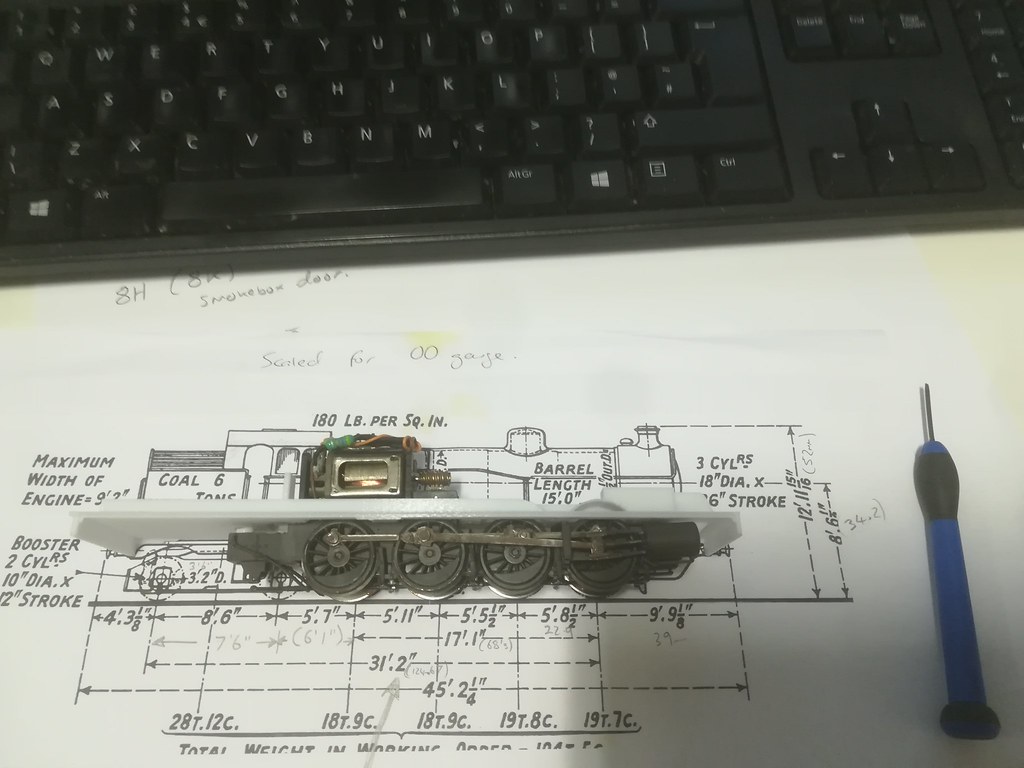 The chassis of the Bachmann loco extends some 3/4" beyond the rear axle, ideal for the Q1, but not so helpful for the S1, as the front axle of the bogie should be there. If i unscrew the tender plug port, I can move that up, and use that area as a mounting point, and then lop 1/2" off the rear of the chassis, potentially giving the space I need, but if I do that, its the point of no return. 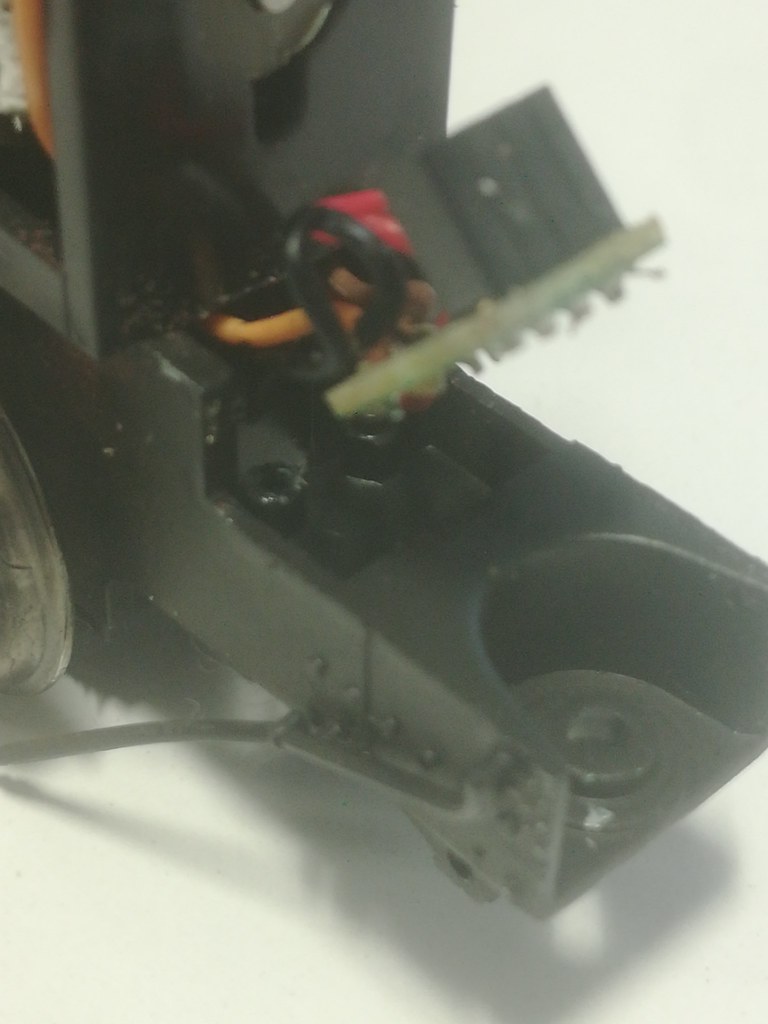 This is the tender plug port removed from its mounting base (held with 1 screw, and you can gain reasonable additional free movement by taking the motor out of its mount to allow the orange and brown wires to move). There is reasonable space there to have a screw mount.

The other possibility is that I do what Mossie (Richard) did, and buy a spare chassis block from Bachmann, I don't think it was unduly expensive.

I have not forgotten about the 04 boiler, just not had a chance of late to have a good look in the loft. May get a chance tomorrow or Thursday, but don't hold your breathe.

I did think about scratch building an S1, including the chassis, but never got around to making plans.

Best of luck with your build.
Top

I am sure that Keith Parkin produced a good model of an S1 from the Bachmann 04, so it can be done. It appeared in the GCRS journal "Forward" a few years ago.
Most subjects, models and techniques covered in this thread are now listed in various categories on page1

mossie wrote: ↑
Tue Dec 03, 2019 8:43 pm
I have not forgotten about the 04 boiler, just not had a chance of late to have a good look in the loft. May get a chance tomorrow or Thursday, but don't hold your breathe.

I did think about scratch building an S1, including the chassis, but never got around to making plans.

Best of luck with your build.

An LNER Boiler would certainly be preferable to the GWR Ex-Rod one, a lot less work to do that way.

Nevertheless, I do have the ROD boiler from the Q1's donor shell to hand, and I am going to carve that up as the prototype (as the motor opening needs elongating).

The updated chassis has come out pretty good, I made some slight alterations underneath, as well as adding the sandboxes, lubricators, and steam pipes. There may be other minor bits to add, as well as the underside architecture for the rear bogie. 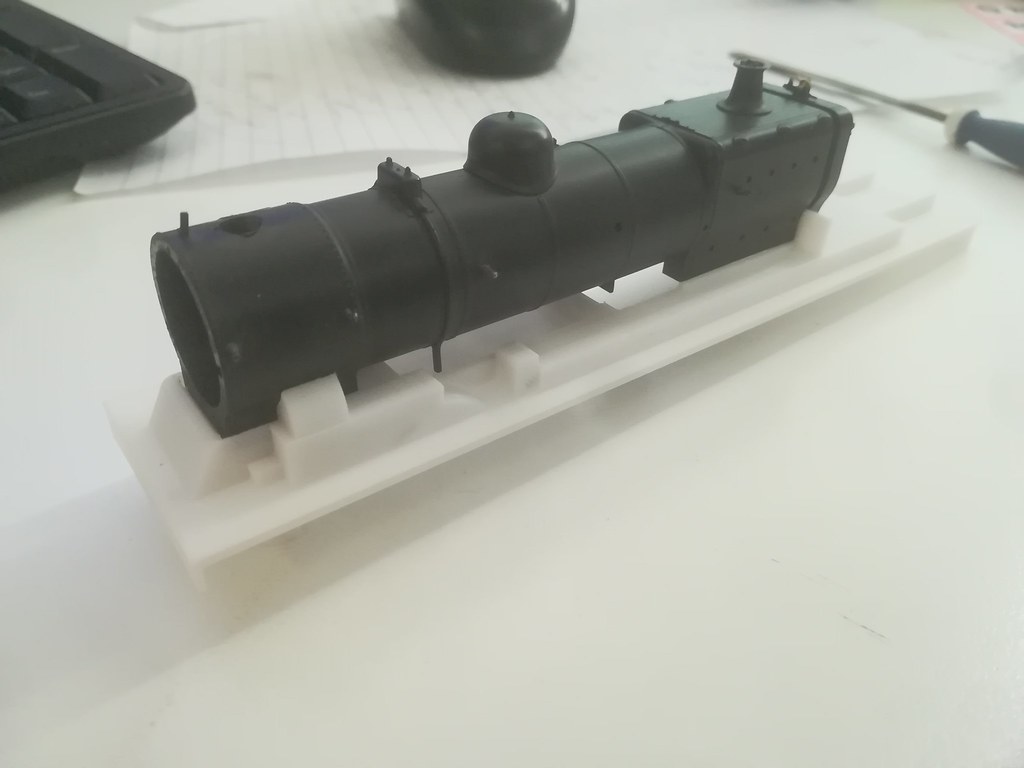 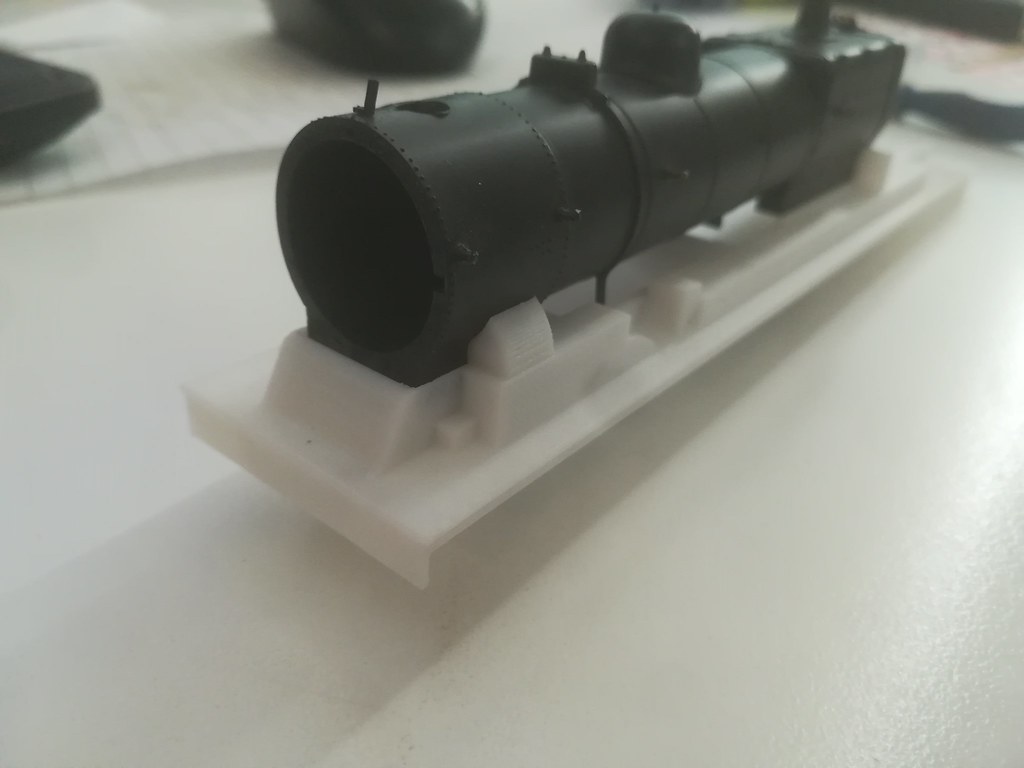 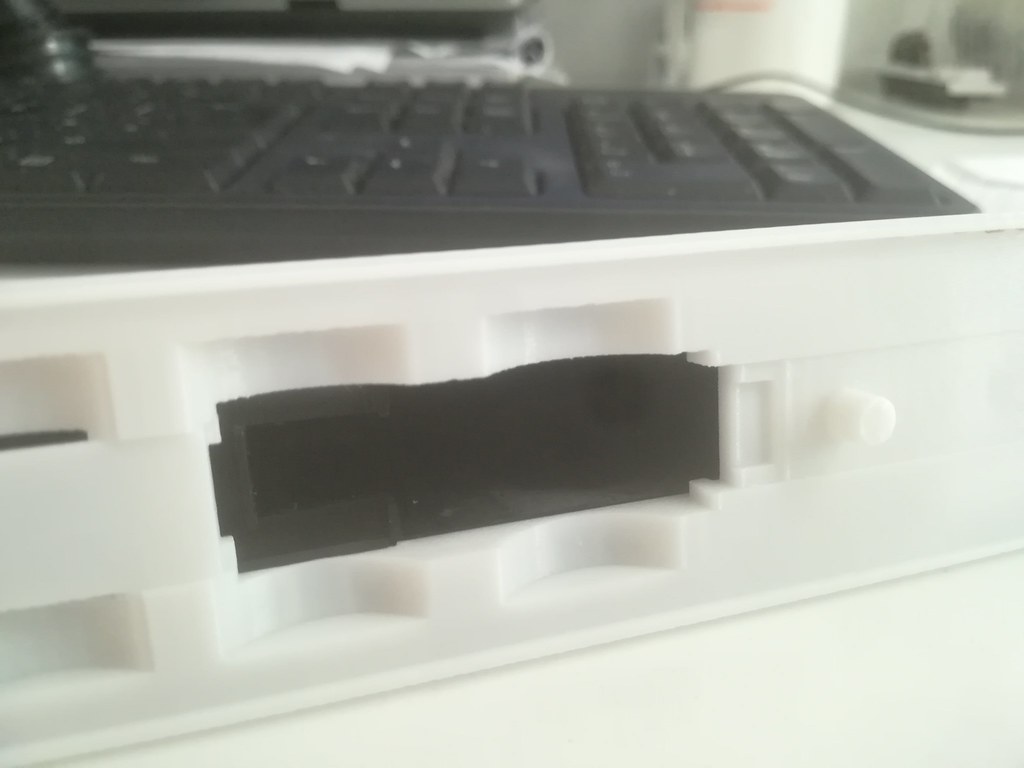 IMG_20191204_110823[1] by Paul Sterling, on Flickr
The underside, showing where the boilers motor pocket needs to be enlarged, the boiler sits 5mm further back than on the O4. 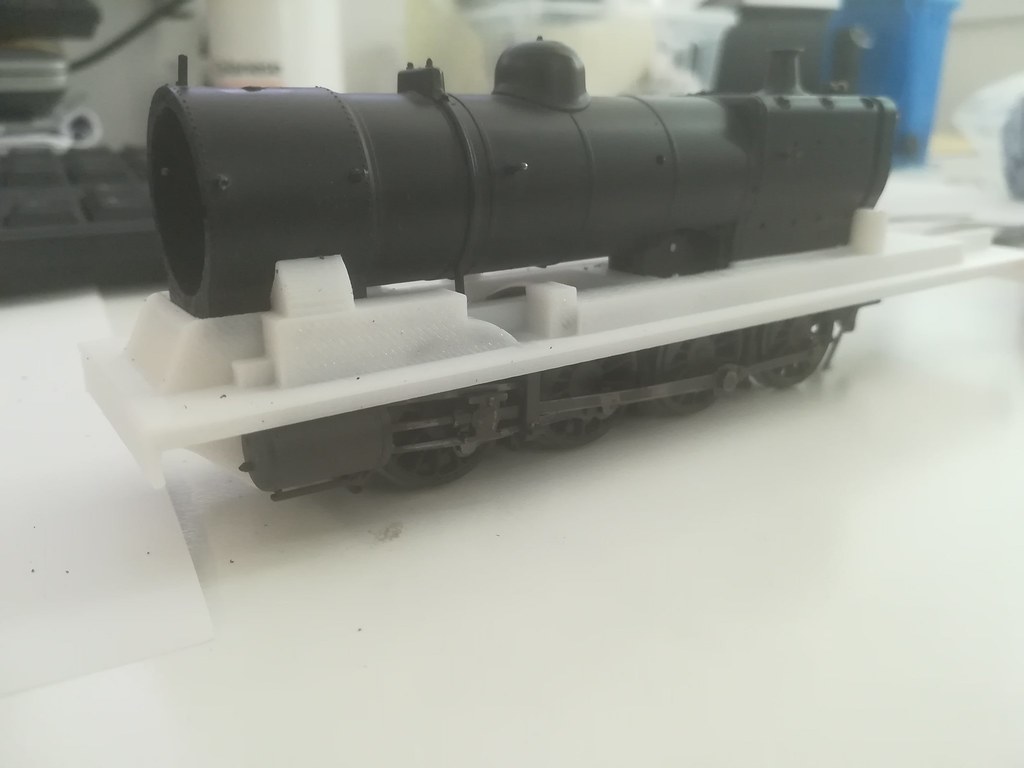 I will be honest,I think the smokebox looks low compared to the pics of an S1, but it does match up dimensionally. I may yet triple check.

Frames were about 1.5mm too tall, hence making the smokebox sit deeper into them. Doh! The other important dimensions, such as running plate height etc were okay. I'll need to draft a mock bogie so see where and what needs to be removed, but I think i'll either go with a mounting hole where the plug port was, or create a notch in the chassis to fit into a part of the printed shell (how Hornby used to mount un-powered chassis in the ringfield days).

Interesting positioning for the chimney though ...

None of the pictures in Yeadon 28 show the fitting in front of the dome?

The fitting in front of the Dome is a GWR top feed, to be removed. Not sure what i'll be doing with the chimney yet, as I need to check what the GWR did with it, whether it is still GCR or not. 69902 retained its GCR chimney, whilst others were modified to cut their height down.

Well I've chanced the chassis mods. I worked on the theory that, if I try the new hole location first, and cock it up, I can cut more material away and go for a slot locating approach instead. To'ther way round doesn't work, as the material for the hole location wouldn't exist

As it was, I think the work was a success 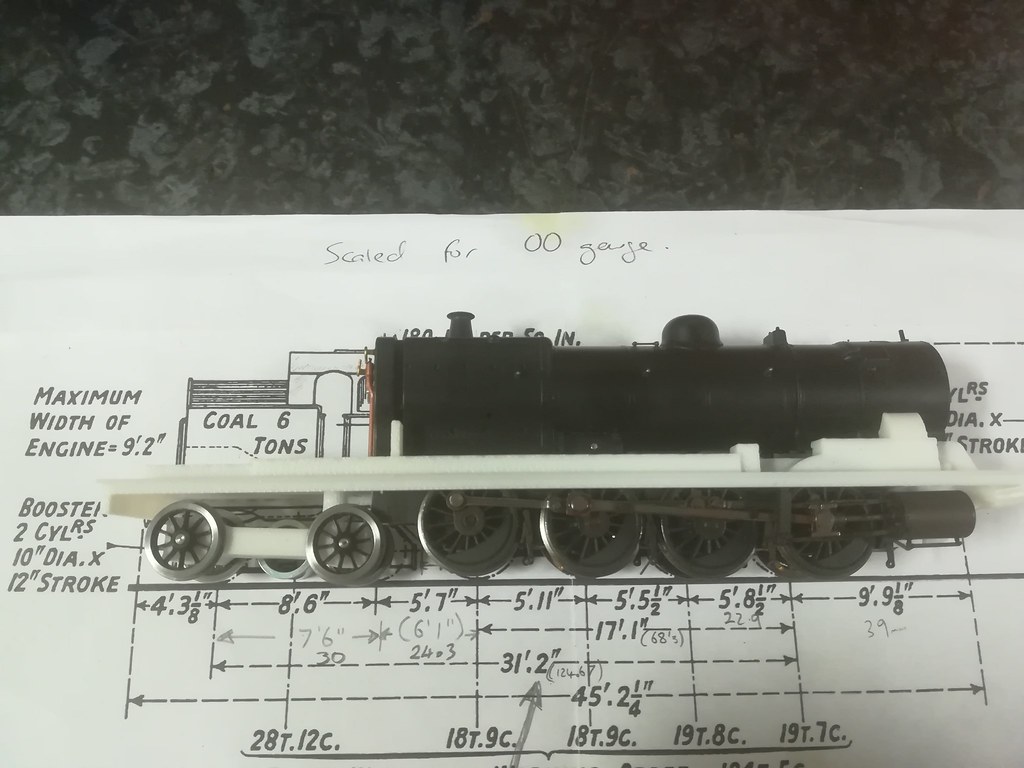 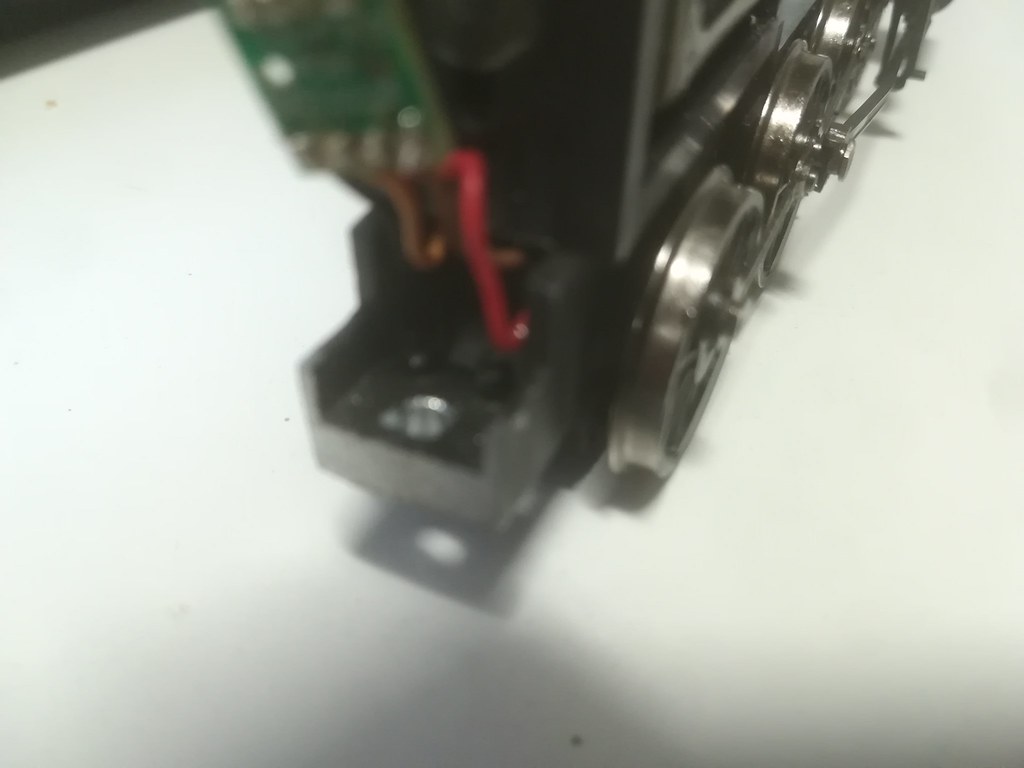 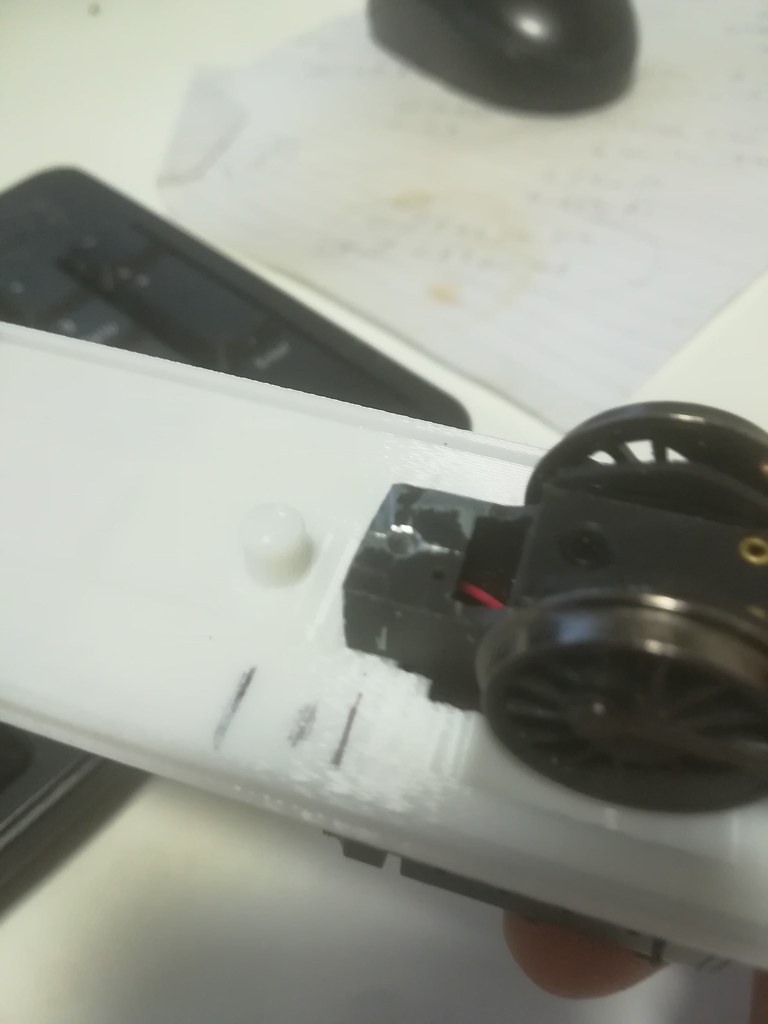 I'm pretty happy with this, and the top pic shows where the original mounting boss would have been. the bogie has plenty of articulation in this format.

I'm trying a variant of the LH&JC No.29 Truck pivot I created, which was the truck was fixed on a sliding arc, the origin of which was the centre of the rear axle, as I didn't have enough space on the rear of No.29 to put a more typical swinging truck pivot. Its much the same in the case of the S1, but If i don't get a satisfactory performance from the arc pivot, I'll change it to a Hornby-esque bogie swinging arm, as that can go above the bogie, within the frames of the loco.

Sorry about the slow reply Paul. As far as I remember the pictures of the S1 model in Forward only showed the completed loco, on a train, on the layout, making it impossible to see exactly what had been done to the chassis.
Most subjects, models and techniques covered in this thread are now listed in various categories on page1

I've worked out a method now, and if it works, champion, if not, drawing board time haha. 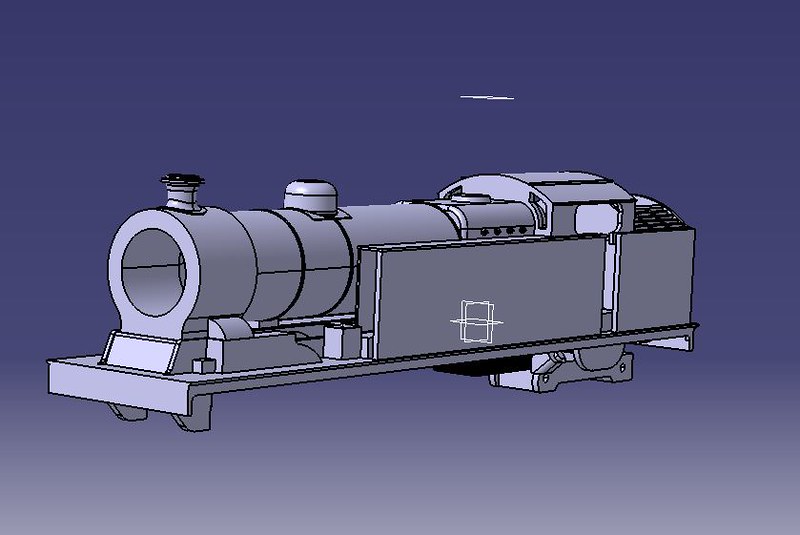 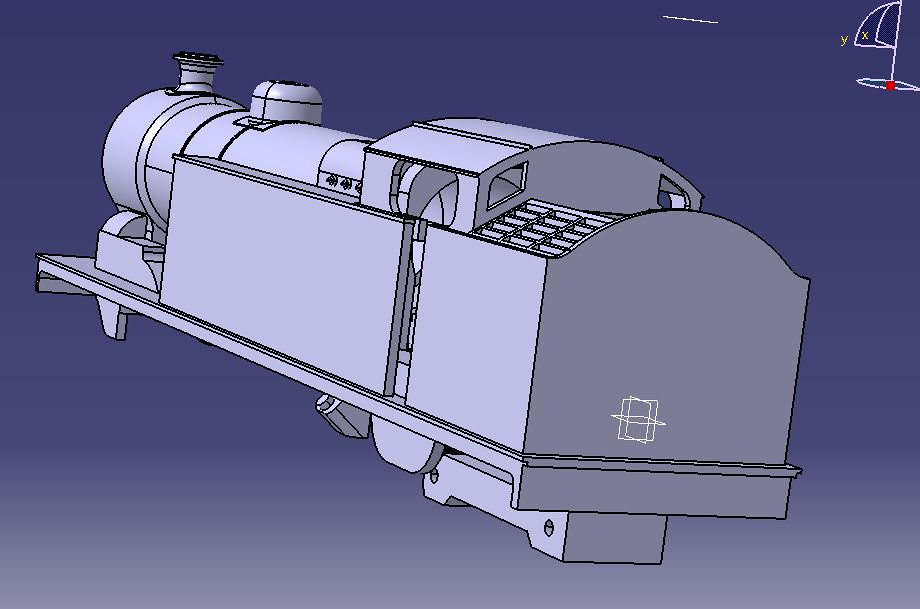 I've got some more work to do on the bogie design, as well as settle on a suitable bogie width (probably going to copy the OO geometry Hornby use for their 4 wheel bogies, or Bachmann........).