jwealleans wrote: ↑
Sun Feb 24, 2019 9:34 pm
Right, Chas, I've had a look at my implement wagon and I also have a hole in the floor there. What I was going to do (and may have done, I don't recall) was cut a piece of planking as an interference fit in the hole, sloping up with the ramps either side. I've filed the headstock back at an angle (I have no idea what that round thing is0 and was going to support the plastic from beneath with Evostick and then when solid gently file it flat with the headstock so it becomes one smooth surface at the transition. Does that make sense?

Hi Jonathan, yes, that makes sense and thank you for having a look. I thought about doing that (putting the flooring up to the tops of the headstocks) but it seems a pity to hide those circular constructions as they're an unusual feature, so I also thought about sloping the floor downwards at about 45 degrees until it's low enough to continue on the horizontal but under the circular things, then boxing in both sides. I might have another go at locating a more informative picture first though... I can't help thinking those round parts must have had some function...

It makes a nice bit of variety alongside the teak...
Chas
Top

Bit of progress now our visitors have gone home. F6 coming on - most of the details are there now, just boiler handrail, brake rigging, sandpipes and a few fine pipe runs and then I'll be cleaning up and trying to see what I've missed. This is the more interesting side: 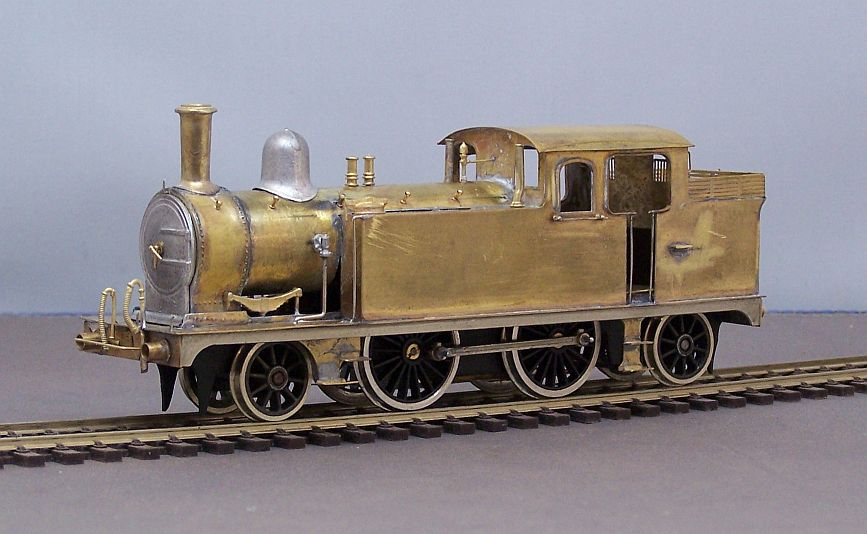 I still haven't worked my current fascination with Private Owner wagons out of my system. The Oxford 'Rickett' wagon is one I find hard to resist, but you need some variations on a theme.

These are both Oxford - the one on the left renumbered, the one on the right repainted and lettered using Powsides transfers. These were an especially tricky set to apply as the shading was on a separate sheet to the letters. I spent a couple of afternoons over the Christmas holidays doing them. There are also no spare number or different tare weights on the sheet, so it was a bit of a disappointment.

Finally the D. 1/112 mineral i put up a couple of weeks ago, now finished, weathered and loaded. This is still a fairly new wagon at the time the layout is set, so it's dirty but not too scruffy. 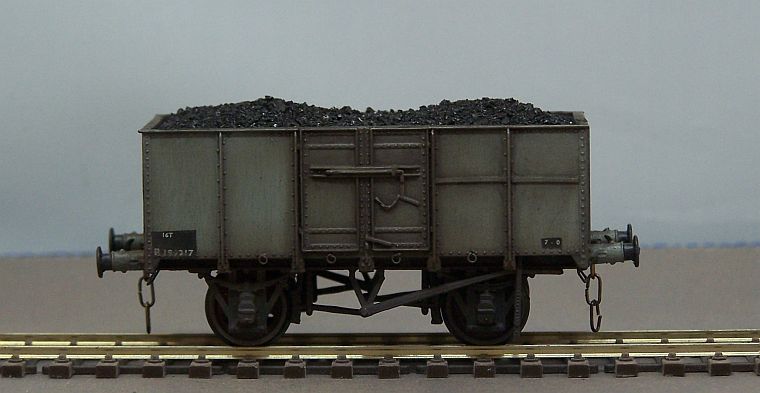 Nice set of pictures, Like the F6, but do you know where 'Ricketts' was based in London ??????

I didn’t, but a bit of Googling turned up Bexhill. They were quite a large concern at one time. I’ll see what Keith Turton says tomorrow.
Top

Thank you Jonathon, I never thought to Google them

So I wonder if they would have come to Hornsey/East Goods, then gone down the Drain !!.

Nice set of pictures, Like the F6, but do you know where 'Ricketts' was based in London ??????

In 1930 Rickett, Cockerill & Co. Ltd., London claimed to be the biggest distributor of house coal in London and the Home Counties. Together with associated companies they owned approx. 180 distribution depots, 4,500 railway wagons, 500 horses, 140 motor and steam lorries and 1,000 road vans. Principal London locations noted include:

Were coal contractors and factors over most parts of the country, coal coming from Yorkshire, Derbyshire and Nottinghamshire fields and also wagons travelling as far as Staffordshire, Midlands and S Wales.

Most wagons survived and passed into NCB ownership; one from the first batch seen at North Gawber Colliery, Barnsley, in 1978. Chas. Roberts, Wakefield, builder's plates appear in the two examples photographed, both have the slightly reduced height plank over the side door cut to 'London' dimensions - there being a premium rate payable for manually lifting coal over a certain height.
Top

jwealleans wrote: ↑
Fri Mar 08, 2019 10:38 pm
I still haven't worked my current fascination with Private Owner wagons out of my system. The Oxford 'Rickett' wagon is one I find hard to resist, but you need some variations on a theme.

Locally, Moy was the East Anglian coal merchant - you really should have a few as there would have been a sales office at Framlingham...
Top

There is an ex-Moy in the coal train. 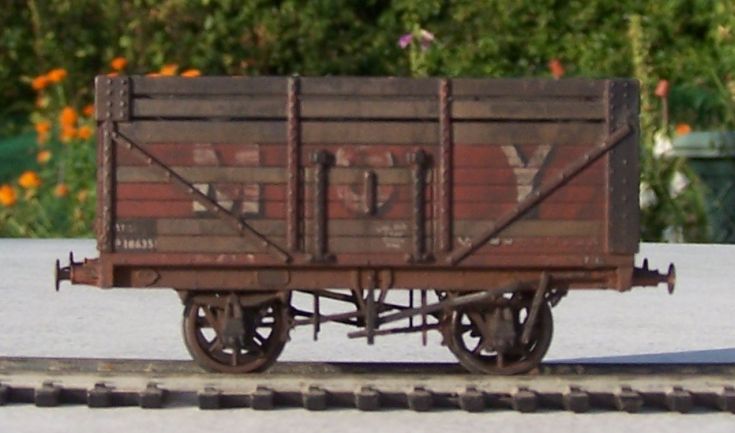 Thank you for that, very interesting, amazing how some very big companies just dissapeared with the changing of time, who would have thought that ICI would vanish.

They're W & Ts, Bill and there's just one I can't get square on the axle. I am going to have to take it off and have another go, the rolling road was letting it flap all over the place.
Top

A little more cleaning up, touch of filler under the dome and it's ready for paint. Please tell me if you see anything I've missed - I've already seen some more sanding operating rods on a photograph I found yesterday and the vent on the front of the cab might just need beefing up. 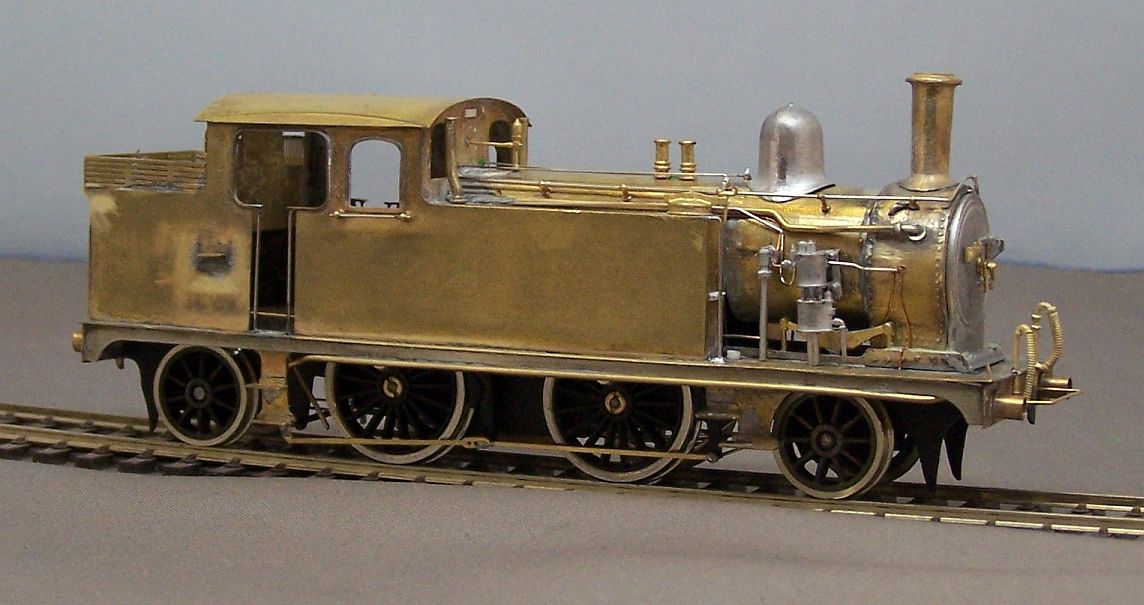 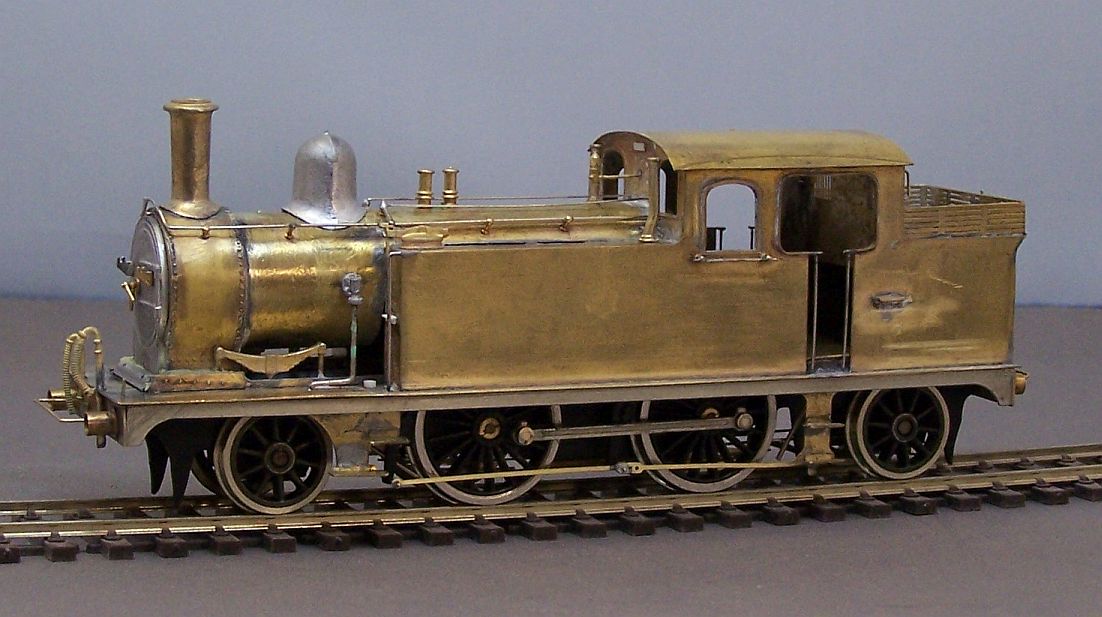 Looking good Jonathan. My only comment is that the brake rodding looks to be too high and not quite straight...
Top

Thanks, '47. The 'bit high' is determined by the Gibson brake shoes, which may be a bit generic. i've tweaked them down a bit. 'Not quite straight' is going to be a problem with this loco as it's very hard to pick it up without gripping (and bending) them. Something to be careful of.
Top
Post Reply
2373 posts