About wrapping up the wagons for Ely Show now; there are a few which won't make it, but they'll be new wherever we next take the layout. Containers are a right faff, being honest, but I really can't abide seeing them rolling round on wagons with no evidence of anything holding them on.

I've adapted the method of making the chains and gone more along Geoff Kent's lines. They're certainly more robust and as a bonus easier to make.

Brake van now has a guard from Monty's. Better sort some lamps out as well, Sir's in attendance.
Last edited by jwealleans on Sun May 05, 2019 6:14 pm, edited 1 time in total.
Top

jwealleans wrote: ↑
Sat May 04, 2019 9:06 pm
About wrapping up the wagons for Ely Show now; there are a few which won't make it, but they'll be new wherever we next take the layout. Containers are a right faff, being honest, but I really can't abode seeing them rolling round on wagons with no evidence of anything holding them on.

I've adapted the method of making the chains and gone more along Geoff Kent's lines. They're certainly more robust and as a bonus easier to make.

I'm sorry if I've missed an earlier post. Is it possible you could describe this method of securing containers?
Top

I was thinking of trying some on bolster wagons, as that supplied with kits seems too coarse.

Ambis do chain as well, plus shackles, I am waiting for some to arrive at the moment. I agree re the previous post what is the method used for the chains please.
Top

You have missed a post, although as it was September 2013, I think you may be excused.

The difference this time is that instead of plastic rod I used 1mm OD tube and soldered the bits of wire linking the hooks and shackles into it. In fact I used the same length of wire for strength after I made the first one.

Another little trick was that this time I made the hole for the copper wire loop after I'd made up the shackle/hook/shock absorber assembly, so it coould be placed such that tensioning the whole thing was easier.
Top

Thanks for info.
Top

With the show looming, I've caught up on weathering some of the locos I've accumulated in the three and a half years since Thurston last went out. These have been picked up from different places when on offer, then renamed and renumbered as and when I had time. Of course, given all the GE area RTR which has been released since Thurston, we won't be short of locos, but hopefully these are just that little bit different.

61602, named for Sir Francis. An interesting man, if you haven't happened across him before.

I couldn't have a footballer called anything else, really. I grew up with the name plate on the lounge wall.

The Hornby Claud is a lovely model. If I didn't have three kitbuilt ones and wasn't almost certain everyone else will be bringing at least one too, I'd have more of them. 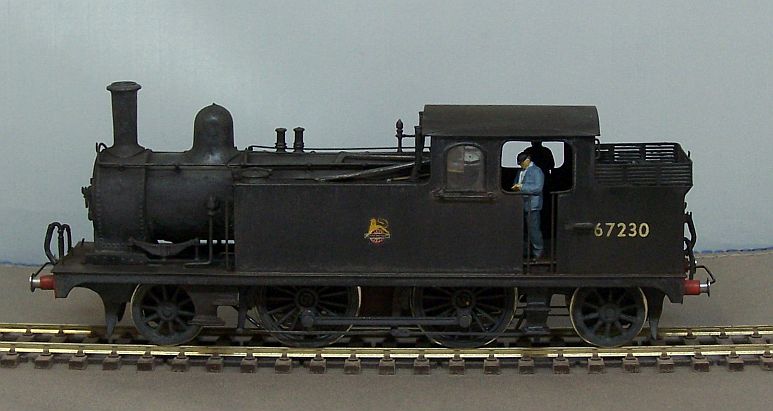 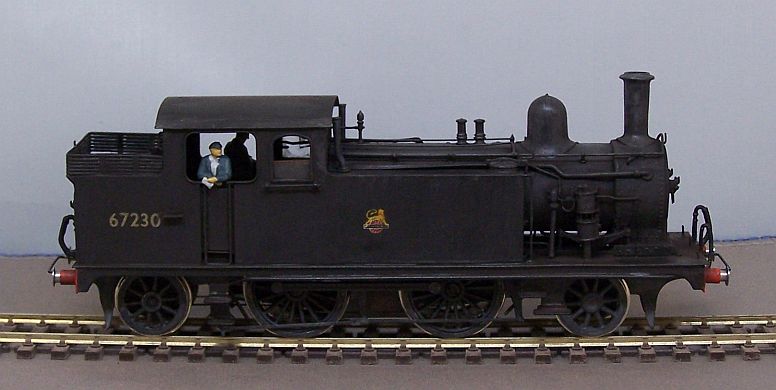 The F6 is about done, too - crew, coal, fire irons and muck. The tender engines will have to acquire fire irons in the future as I seem to have run out.
Top

If the LNER hierarchy was not enlightened enough to name a loco 'Tranmere Rovers', one has to accept history?

There is always next season for the 'Boro'.

Final preparations and finishing off. Because I was very good and cleaned all my wheels on Sunday evening, i had time to complete this bonus wagon last night: 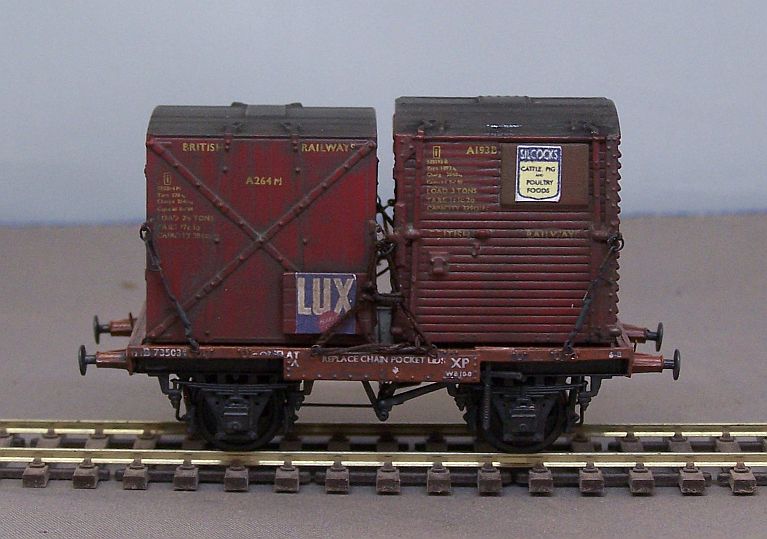 A variant of the Conflat A with clasp brakes and one of the UNIT Models containers discussed back upthread.

A full 12 months after I said I'd repair it, this wagon from the shunting stock has a full set of buffers again.

I was demonstrating weathering on Sunday. That was handy.

Finally, although I said I wouldn't do any more, i made up some headcode discs. That also meant removing the overwide Hornby lamp irons on some new locos. 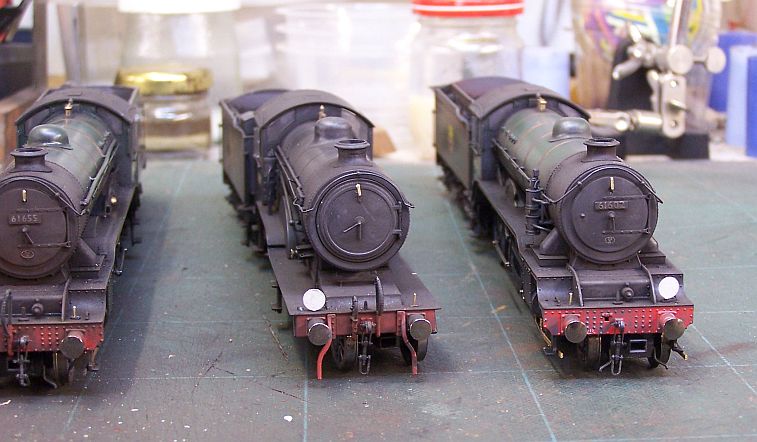 A nice Diagram 18 BT(3), I do hope that configuration of the guards' compartment was transferred. I think it was. I do not know what diagram number the GE Section gave these?

I worked from Clive Carter's article in British Railway Journal (from around 1990?) when I made up the NER carriages which transferred, so the diagrams and numbers are correct according to that. I can't recall reading that the diagram numbers changed, but it's not impossible. The GE area was a bit of a law unto itself.
Top

I thought I had sent you many moons ago the register which has all the details of the NER carriages
that went to the GER place. Let me Know and I will send if I had not.
Top

A variant of the Conflat A with clasp brakes and one of the UNIT Models containers discussed back upthread.


Interesting, something that's evaded my radar. Must go back 'up thread'. Good to see you got that one sorted with the PA16 underframe; mine will be along in a decade or so