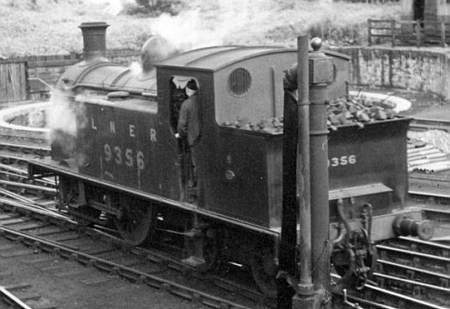 Reid's Class M (LNER Class G9) was the last 0-4-4T design which the North British Railway (NBR) built. These locomotives were similar but larger and more powerful than the earlier Class P (LNER G7) design of Holmes. A total of twelve locomotives were built in 1909.

The boiler was a standard design which was also used on the C15 4-4-2T, J36 0-6-0, N14 and N15 0-6-2T classes. With the large numbers of available boilers, no major rebuilds were required during the lives of the G9s, although some variations did occur. Two main boiler variations existed depending on the location of the safety valves. One kind had them on the firebox, whilst the others had them on the dome. Three different tube arrangements also existed, although these variations appear to have been introduced during LNER ownership in the 1920s. 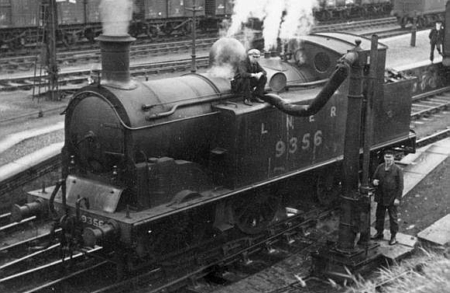 Before Grouping in 1923, these locomotives worked services from Edinburgh to places such as North Berwick, Musselborough, and Glasgow. In the 1920s, the twelve G9s were allocated to Dundee, St. Margaret's, Kipps, Parkhead, and Stirling.

Compared to many other NBR 0-4-4T types, the G9s had relatively short lives. Withdrawals started in 1936 and the last G9 was withdrawn in 1940.

The last G9 was withdrawn in 1940, and none survived into preservation.

Thank you to David Henderson for the two photographs of G9 No. 9356 at Alloa station.