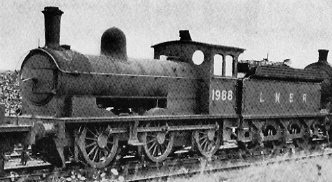 Whilst the last batches of the North Eastern Railway (NER) Class P (LNER J24) locomotives were being completed, Wilson Worsdell adapted the design to create a more powerful mineral engine. This new locomotive, the NER Class P1 (LNER J25) used a boiler of the same size as that on the earlier J21 (NER Class C). Compared to the J24 boiler, this boiler was 4in longer and had a 6in longer firebox. The wheelbase was also extended to accommodate the longer boiler, but the J24's Stephenson valve gear and 4ft 7.25in diameter wheels were retained. A total of 120 J25s were built between 1898 and 1902 in six batches of twenty each. Darlington built two of the middle batches, whilst Gateshead built the rest.

In common with the J24s, the only significant rebuilds were experienced by only a small fraction of the class, and involved the fitting of superheaters and piston valves. These rebuilds started in 1915, and a total of 28 J25s were rebuilt before it was decided that superheaters resulted in only minor efficiency improvements for the type of duties that the J25s were used for. Three J25s were also rebuilt with piston valves but not superheated boilers. Superheaters were of the Schmidt type, although a batch of replacements built in 1929 used LNER-standard Robinson superheaters. Two of these were fitted to J25s. However as boilers were replaced and swapped, the number of J25s fitted with superheaters decreased from the 1930s onwards.

Many of the J25s were fitted with Raven's Fog Signalling Apparatus, until it was abandoned by the LNER in 1933.

When they were first introduced, the J25s proved to be useful locomotives for both general goods and heavy mineral work. However, the much larger J26s, J27s, and Q5 0-8-0s quickly displaced them to transfer trip and local goods workings. They were also used for shunting and banking duties. During this era, they quietly hauled significant quantities of goods and minerals - reliable workhorses that never drew attention to themselves.

For a general purpose locomotive that was built in relatively large numbers, the J25s always had an uneven allocation. Although they could be found in 26 sheds in 1923, they were never allocated to either of Hartlepool's sheds, and the large port at Hull never had more than a minimal allocation.

A sample of typical duties included hauling mineral traffic from Gascoigne Wood yard to Leeds and Selby; stone traffic on the single-line Wensleydale branch; and ironstone traffic from Loftus to the Tees foundries. They were also used on both sides of Stainmore Summit to give banking assistance to J21s.

Withdrawals began in 1933 and were initially slow. Withdrawals during 1939 were deliberately kept in store due to the threat of war. These were re-instated, and many were loaned to the Great Western Railway (GWR). A total of 40 J25s were loaned to the GWR during World War 2, including many which had not been temporarily withdrawn. These J25s were transfered to the GWR in 1939-40 and mainly worked in the Wolverhampton and Worcester divisions with similar duties to their NER work. A few J25s returned to the LNER in 1943, but most were not returned until 1946.

Many of the J25s were in a run-down condition after the end of World War 2, and the withdrawal process accelerated. The introduction of BR Standard 2-6-0s shortly after Nationalisation (1948) led to rapid withdrawals during the 1950s. Despite this, some of the J25s hung on to their banking duties out of Tyne Dock until 1962. Another twilight J25 duty, was that of hauling ammunition trains on the former North British (NBR) line from Morpeth to Rothbury. The last J25 was withdrawn in June 1963.

None of the J25s survived into preservation. 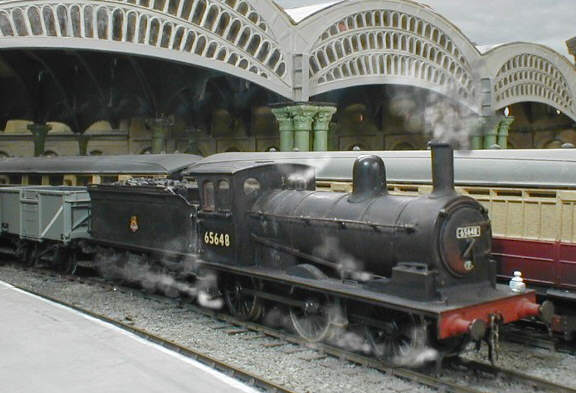 The 3mm Society produce a kit of the J25 for 3mm scale.

Thank you to 'Colombo' (from the forums) for the photograph of his model of the J25.