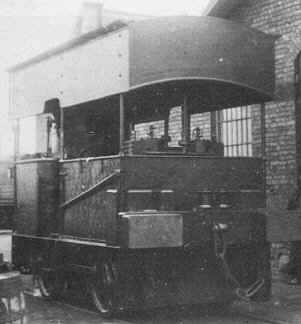 Little is known about this locomotive, and pictures are rare. It was built from the power unit of a steam powered traverser at Doncaster Carriage Works, which was replaced in 1906. The resulting vertical boiler shunter served in the Civil Engineer's yard near Peterborough station from 1908 to 1926. It was painted black with the lettering "GNR", which it kept until it was scrapped.

This engine was never reported in any stock returns for either the GNR or the LNER. Its exact withdrawal date is unknown, but it is known that it was replaced with a Y1 Sentinel in 1926. It was probably never held in high regard, and the Divisional General Manager's request for the Y1 Sentinel referred to the tram as "consisting of a coffee pot boiler placed on a trolley".

Few details are known about this engine, but some principal dimensions are known: