The Route of the M&D

The line was just short of 20 miles long.

There were seven intermediate stations (from Malton): 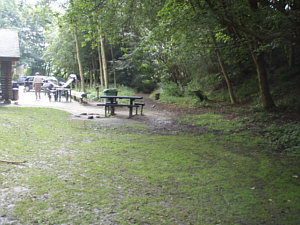 The steepest gradient was 1 in 64 on the Down (southbound) direction between North Grimston and Wharram. Up trains encountered a maximum of 1 in 67 approaching Burdale but overall, the Up trains did not have such a long, steep climb as the Down trains.

The summit of the line was 410 feet above sea level and this point was in the tunnel near the north end. Burdale tunnel was just a few yards short of being a mile long.

Station buildings were contracted out to local builders and were of little architectural significance. They had the appearance of farm buildings. Low platforms on just one side of the track were provided. Over the years, the buildings were much modified and platforms raised.

Thank you to John Broadwell for the photograph of Fimber picnic site - at the location of Sledmere & Fimber station.