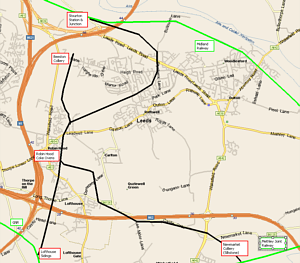 The East & West Yorkshire Union Railway (E&WYUR) was one of the shortest railways to become a part of the LNER at Grouping (1923). Despite its grandiose name, it never operated in East Yorkshire and was confined to an area of coal mining, south of Leeds bounded by the Aire and Calder rivers.

The E&WYUR open in 1891. Virtually all the traffic was from the collieries, and although a short-lived passenger service was attempted.

Locomotives and other Rolling Stock