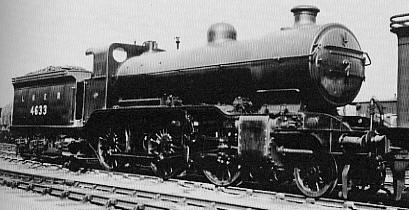 By 1912, the Great Northern Railway (GNR) was operating a lot of goods trains with passenger engines. This was not ideal, and Gresley seeked to introduce a new class of locomotive which could haul the heavier goods trains at speeds of up to 40mph. A 2-6-0 design was quickly chosen, with the leading pony truck intended to reduce wear on the leading driving wheels and to provide a steadier ride at higher speeds. The resulting GNR Class H2 (LNER Class K1) was also the first design to incorporate Gresley's patented double swing link pony truck design. Intended to equalise the weight on the truck's wheels when running on curves, this design would be used for all Gresley designs which incorporated pony trucks.

The boiler was based on the superheated boiler fitted to the Ivatt 0-6-0 Q1s and Q2s but with a shorter barrel. An 18-element Schmidt superheater was used due to the restrictions of the boiler diameter. The two outside cylinders were fitted with Walschaerts valve gear.

The first locomotive was ordered in March 1912 and was followed by nine further locomotives which were built in early 1913. These later K1s had 3ft 2in diameter pony wheels in contrast to the 3ft 8in wheels of the first K1. Initial allocations were to Kings Cross, Doncaster, and Colwick. Early duties were usually the newly introduced braked goods trains. The GNR would also use them on heavy passenger services.

Due to their outside Walschaerts valve gear which was unusual with the GNR at that time, they quickly acquired the nickname of "Ragtimers". This nickname was enhanced by their lively nature when running at speed.

A larger diameter boiler was designed in July 1913 for fitting to further 2-6-0s. These were fitted to the next batch of 2-6-0s which were ordered in August 1913 to become GNR Class H3 (LNER Class K2). The firebox was 6in longer although the throatplate sloped backwards resulting in the same length at the base. The larger boiler also allowed the fitting of a Robinson superheater. The K2 also had longer frames and the the pony truck was 4in further forward of the leading drive axle. One of these boilers was also used to rebuild one of the 0-8-0s to produce the Q3 class. 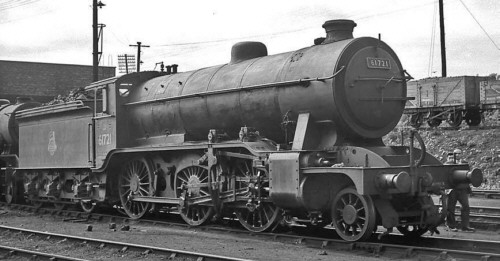 A total of 65 K2s would be built in a total of 5 batches between 1914 and 1921. The first two batches were built at Doncaster, with two later batches built by the North British Locomotive Co, and the last batch being built by Kitson & Co. Initial allocations joined their K1 brothers at Kings Cross, Colwick, and Doncaster; although they quickly displaced the Kings Cross K1s. Later K2s would also be distributed to Peterborough.

Other than the rebuilding of the K1s as K2s, the only significant changes made by the LNER were to all these GNR locomotives to run on the restrictive loading gauges of the Great Eastern (GER) and North British (NBR) lines. The K1s were quickly fitted with short chimneys in 1923 enabling them to work on GER lines. Drawings were prepared to convert the K2s, and these started to appear on GER and NBR lines as they were displaced by new K3s from 1924. The modifications consisted of a shorter chimney and dome cover, lowering of the cab roof, moving the whistles, and replacement of Ramsbottom safety valves with Ross pop valves. From 1924-25, the K2s would become regular workers on the West Highland line and in East Anglia: a sharp contrast of hilly terrain and flat agricultural land. 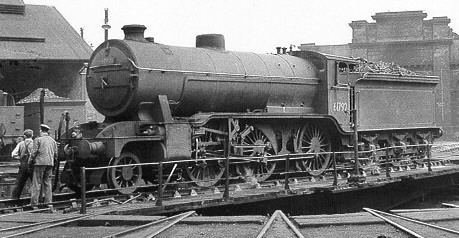 Between 1927 and 1928, twenty K2s had Westinghouse pumps fitted so that they could work passenger services from Liverpool Street on the Colchester and Cambridge lines.

The K2 cabs were not very popular with the Scottish crews, so between 1932 and 1935, the Scottish K2s had side window cabs fitted. When further K2s were transferred to Scotland, they would similarly have their cabs rebuilt.

All 75 K2s survived into British Railways ownership. At this point, 31 were allocated to the western section of the Southern Area, 23 to the Eastern Area, and 21 to the Scottish Area.

All of the K1 locomotives kept their weight and length dimensions when rebuilt as K2s. K2s Nos. 4640-9 were 47ft 5.75in long (with tender), weighed 63tons 14cwt (without tender), and had a maximum axle load of 18tons 12cwt. Quoted K1 length and weight details are for the first batch of locomotives.

Neither the K1s nor the K2s survived into preservation.

Nu-Cast and London Road Models both sell 4mm scale kits of the K2.

None of the original K1s were named, however some of the later K2s did receive names: