The main difference between these shunters is that the Y1 was a one-speed unit, whilst the Y3 had two speeds. Hence the Y3 and the various Y1 variants are all discussed together. 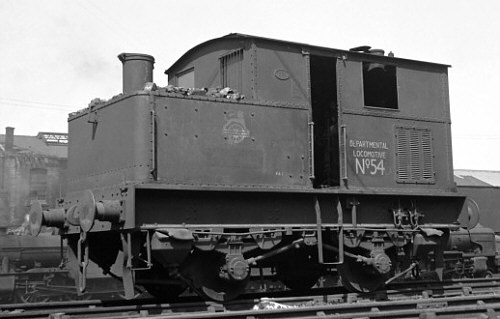 All of the Big Four companies performed trials of the Sentinel C.E. ("Centre Engine") type, but the LNER used them the most prolifically. The C.E. locomotive was based upon their steam road lorries, using the same type of vertical boiler, and a similar chain drive to the wheels. The trials showed that the Sentinel C.E. was capable of drawing a constant drawbar over a distance. This was due to the chain drive. The chain drive was also advantageous because it did not produce a hammer-blow to the track - unlike a traditional steam locomotive "motion". As such, it was considered ideal for work on small branches and yards where the track may not have been of a high standard.

These shunting locomotives only consumed about 15lb of coal per mile. As such a batch of 20 were ordered in 1930 instead of a further 20 class J72 0-6-0Ts, on grounds of efficiency.

In 1929, the LNER purchased two D.E.D.G. (Double-Engined, Double-Geared) Sentinel locomotives, which were given the classification of Y10. In 1935, the Sentinel Co. furnished the LNER with more advanced designs, but it was decided that they were not efficient enough, and they were never acquired.

Due to their slow speed, the Y1 and Y3 shunters were rarely used to haul trains. Instead, they proved particularly useful shunting in small yards where there was insufficient work for a larger locomotive. Another advantage was that they could be operated by one person.

Most were withdrawn from service in the late 1940s and 1950s, with a seven surviving as department stock into the early 1960s. 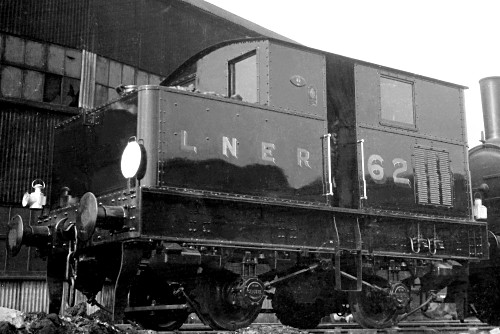 Compared to virtually every other LNER steam locomotive, the Sentinel Y1 and Y3 shunters had an unusual vertical design. The boiler was vertical with two vertical cylinders - one on each side. These were connected by a common crankshaft with camshafts which set the cut-off. Roller chains then transmitted power from sprockets on the crankshaft to sprockets on each of the two axles.

The recommended crankshaft speed was 500rpm, with Sentinel quoting a maximum of 600rpm which corresponds to a locomotive speed of 21mph. Typically, the engines were run at about 300rpm.

The Y3 had multiple sprockets of two different sizes on the crankshaft. A spur wheel allowed the working sprocket set to be changed - so changing the gearing. This gear change could only be performed when stationary. Low gear was intended for shunting, whilst high gear was intended for running light or working short goods trains. With the 19:19 sprocket ratio design, the rated maximum of 600rpm gave 36.5mph in high gear, and 13.5mph in low gear.

The vertical boiler was cylindrical, with an inner firebox. Coal was fed in at the top. The grate (at the bottom) was slightly conical, so that coal fell towards the circumference. Boiler tubes were arranged in a spiral fashion at a total of three different angles. Construction was hence quite complicated, and Sentinel contracted firebox construction to Galloways of Manchester.

A superheater fitted into the top of the firebox. This was readily removed for maintenance or inspection.

In total, there were four variations of the Y1, and one variation of the Y3. The following table summarises the technical details:

The designation of Y1/3 was used for one locomotive, number 19. This was built in 1926, but purchased by the LNER in 1929. Originally built to a Y1/1 design, it was built for the Hull Victoria Dock. In order to comply with total weight requirements, the ballast weight was removed. Weighing only 14 tons, the lack of weight upset the balance. As No. 19 was only going to be used for shunting, this was deemed acceptable.

Designation Y1/4 was also used for only one locomotive, number 44. This was similar to a Y1/1, but the weight was reduced to 1.5 tons, and the coal capacity increased to be comparable to that of the Y1/2. No. 44 was purchased in 1927. 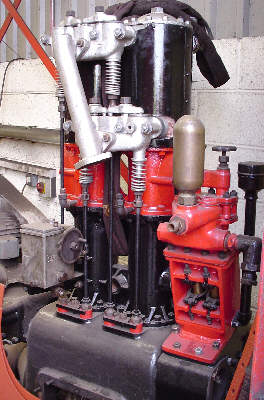 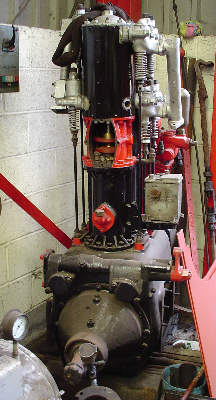 Over 40 Sentinel locomotives and railcars have survived around the World. Two shunters of the basic Y1 and Y3 design have survived in the British Isles.

Y1/2 No. 59 (BR No. 68153) is the only surviving ex-LNER Sentinel shunter, and can be found at the Middleton Railway, Leeds. It is currently undergoing an overhaul and has been disassembled. Unfortunately the boiler was away being repaired when I visited in August 2005. However as you can see, many of the Y1's distinctive parts were available for photography. 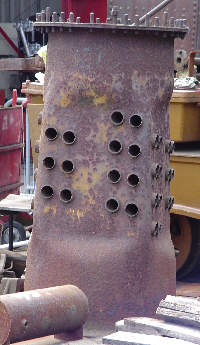 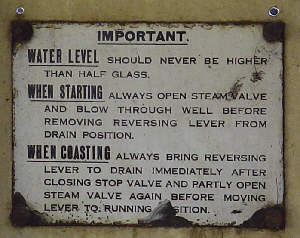 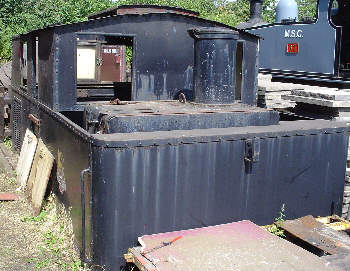 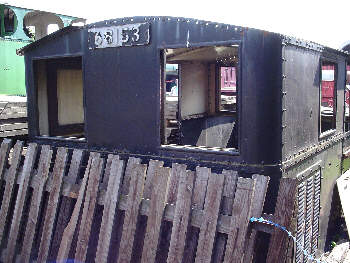 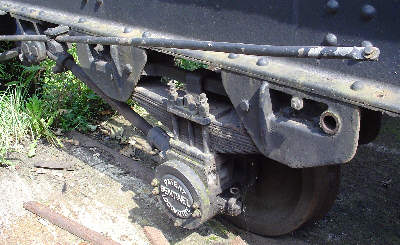 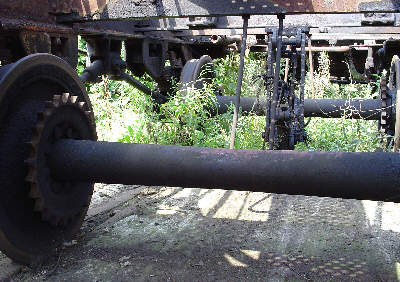 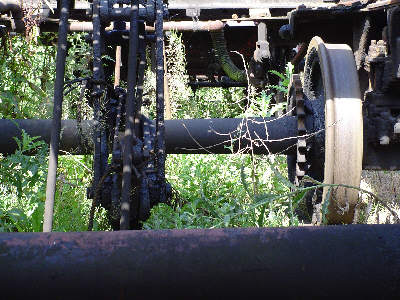 A second Sentinel shunter of the same basic design has survived, although it did not serve with the LNER. Works No. 40 (build 6515) was built in 1926 as a demonstrator for the GWR. It went to Swindon for trials and was given the GWR number 12. From October 1926, it was used on the Malmesbury Branch. It also saw service in Shropshire and Montgomery, before being sold in 1934 for industrial use through to 1958. No. 40 is currently based at the Buckinghamshire Railway Centre, Quainton, after recent visits to the Isle of Wight and the Lavender Line.

A few of the other surviving Sentinels are of the same basic design as the Y1 and Y3 locomotives. An example that externally resembles the Y1 & Y3 locomotives has been reported as surviving in Iraq. The exact internal configuration is unknown. 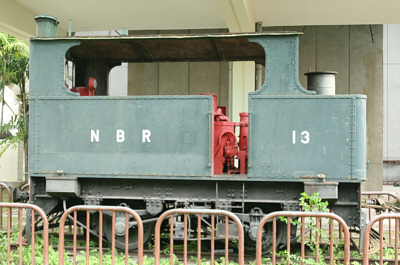 A one metre gauge example from the North Borneo Railway survives at the Sabah State Museum (Kota Kinabalu, Malaysia), and is pictured on the right. 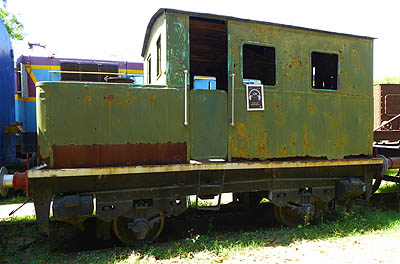 Two similar Sentinel shunters survive at the National Rail Museum in India. Pictured to the right is a surviving 0-4-0VBT similar to the Y1 and Y3 locomotives. An 0-6-0VBT with a similar body and chain drive, also survives. 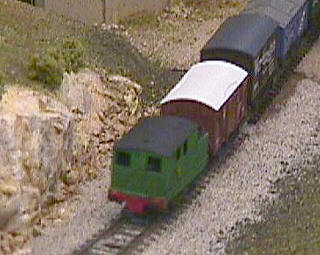 P.D.Marsh sell a whitemetal kit of these shunters which is designed to fit a Graham Farish HST chassis. Unfortunately, this chassis is slightly too big which results in a stretched body. Also there is an extra water tank cover, to cover up the corner of the HST chassis frame. The nature of the stretching is such, that it would be possible to cut the extra whitemetal off the sides, to produce a correct length model. Such a model would have to be either a non-runner, or you would have to find an alternative chassis option.

Finney and Smith produce a 3mm scale kit of the Sentinel 0-4-0VBT.

GRS (Princes Risborough, Bucks.) sell a Gauge 3 (G-64) model of the Y1. This is available with electric power or with live steam power.

Thank you to Sheila Bye, historian of the Middleton Railway in Leeds, for a personal tour of the Middleton's locomotive stock and letting me take the above pictures of No. 68153.

Thank you to Marc Meindersma for the photograph of North Borneo No. 13.

Thank you to Richard Houston for the information about the surviving Indian Sentinels and photograph.