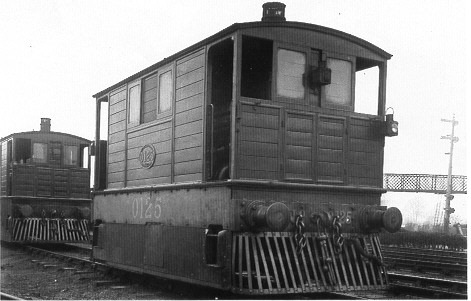 T.W. Worsdell designed these distinctive 0-4-0 steam tram locomotives for the Wisbech & Upwell Tramway, which opened in July 1883. Due to much of this line running on public highways, the Board of Trade required all locomotives to be fitted with cowcatchers, steel side aprons, a governor, and warning bell. All unusual for a British steam engine!

Passenger services stopped on the Wisbech & Upwell Tramway in 1927. Also, the Y10 "Super Sentinel" was introduced in 1930. Hence there was little work for the Y6s and Nos. 7132 & 07129 were with drawn in 1931 and 1933 respectively. The remainder were kept in storage and only came out to help with the busy fruit season. 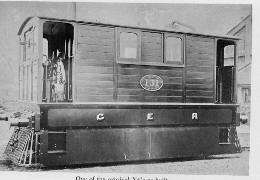 In July 1941, 7133 and 7134 were loaned to the Wissington Light Railway which had recently reopened. These had many derailment problems, and were replaced by two J70s. In November 1942, No. 7134 was loaned to the U.S.Army Transportation Corps at Burton-on-Trent. In July 1944 it was transferred to the War Department and worked at the Sinfin Lake Royal Ordnance Depot near Derby. It was returned to the LNER in October 1944.

By the time of the 1943 renumbering, these were the only surviving Y6 engines. They were renumbered as 8081 and 8082. The acquisition of the J94s in 1946 necessitated a further renumbering, and these two engines became 8082 and 8083. Both survived into BR ownership and were renumbered to 68082 and 68083, although 68082 never carried its new number. Both were withdrawn in 1 952. It was intended that 68083 would be kept for preservation, but only survived at the Stratford Paint Shop for about a year before being cut up.

The Y6 boiler was fitted with safety valves that discharged into a receiver which led into the well tank via a series of pipes. This was so that the noise of the valves going off, would not startle horses and livestock on the roads. The Y6s also had controls on both the left and right sides.

Most of the Y6s had disc wheels, although the two 1897 examples had 8-spoked wheels. Original boiler pressures were 120 psi, but this was increased to 140 psi for the 1897 engines. After 1929, all of the remaining Y6s except for No. 7132, had J70 boilers fitted but with their pressure reduced from 180 psi to 140 psi. The technical details below, refer to the standard LNER dimensions at Grouping in 1923.

The original five Y6s had no continuous brakes. Westinghouse brakes were fitted in 1891. The pipe connection was below the buffer beam, and protruded through the cowcatchers.

None of the Y6s survive. However, the distinctive engines of the Wisbech & Upwell Tramway are kept alive in the Rev. W. Awdry's Railway Stories (aka "Thomas the Tank Engine"). Awdry lived near the Wisbech & Upwell Tramway for a while, and he modelled Toby the Tram Engine on the J70 class. The East Anglian Railway Museum have built a Toby replica using a Fowler 0-4-0 diesel. This replica also has a matching replica Henrietta GER coach. 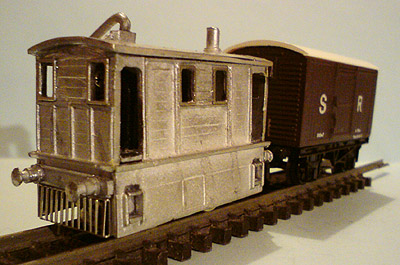 N-Drive Productions produce a kit and chassis for an N-Gauge Y6 (see picture on the right).

There is an N Gauge whitemetal kit of the J70 in the Thameshead range, sold by B.H.Enterprises. This includes instructions on how to adapt it into a Y6.

Finney and Smith produce a 3mm scale kit of the Y6.

D&S and Engineer's Emporium both sell kits of the Y6 for 4mm scale (OO gauge).

Hielscher manufacture a live steam HO model of the Y6.

Skytrex have sold an O gauge (7mm scale) ready-to-run model of the Y6 which is now out of production. However, Connoisseur Models sell the Y6 in kit form for 7mm scale.

Martin Clutt's page about the inspiration behind Awdry's Toby and Henrietta

The LNER Encyclopedia also includes an article about the Wisbech & Upwell Tramway.

Thank you to Peter Hayes (Kamloops, BC) on the LNER listserver who supplied much of the above historical information.

Thank you to Malcolm Peirson for the photograph of No. 0125.