Robinson's D10 'Director (GCR Class 11E) locomotives quickly proved to be very successful, and a second batch was ordered in March 1916. This order was cancelled with World War 1 on-going. In 1917, Robinson built his B3 'Lord Faringdon' 4-6-0 locomotives. Although these were a significant improvement over his previous B2 'Sir Sam Fay' 4-6-0 locomotives and further B3s would be ordered, they were not an unqualified success. Hence a further batch of five 4-4-0s similar to the D10s were ordered. The new locomotives had a number of modifications and were would become known as 'Improved Directors'. They were given the Great Central Railway (GCR) classification of 11F, and the LNER classification of D11. The first batch was delivered between 1919 and 1920.

The most significant modification was the use of inside admission piston valves. Side windows were also fitted to the cab.

At Grouping in 1923, the LNER found that the North British Railway (NBR) was in urgent need of new express passenger locomotives. Gresley chose not to create a new locomotive design, but instead ordered the construction of further D11 Improved Directors. This choice may have been influenced by Robinson who was acting as a consultant to the newly formed LNER. Twenty four D11s were ordered at the end of 1923, and built within a five month period during 1924. Kitson & Co and Armstrong Whitworth & Co both built twelve. The NBR locomotives had lower cabs and boiler mountings, enabling them to fit within the relatively restrictive NBR loading gauge. Flatter domes and Gresley 'flowerpot' chimneys were fitted. They also lacked the water pickup gear which the original GCR locomotives had. The GCR locomotives were given the classification D11/1, whilst the NBR locomotives were given the classification D11/2. The NBR and GCR D11s also had contrasting names. The GCR D11s were named after GCR Directors, Royalty, and World War 1 battles. The NBR D11s continued a theme set by the D30s, and were named after characters in Sir Walter Scott's novels and poems.

Some sources suggest that the NBR drivers took some adjusting to the 'foreign' Great Central design of the D11. This appears to be likely, but it is also true that the D11/2s became very popular locomotives with the NBR engine crews. 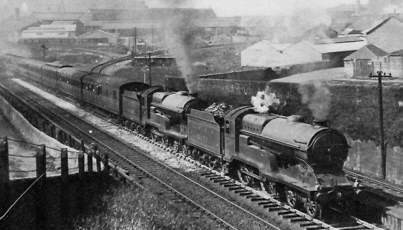 In common with the D10 'Directors', the 'Improved Directors' never experienced any major rebuilding. The most significant modification was the fitting of long travel valves by Gresley. No. 5505 was experimentally fitted with long travel valves in 1937, using a cylinder pattern similar to that used on the J39 0-6-0s. Extended trials on the Marylebone to Leicester services resulted in a 5% coal saving. This was considered sufficient enough to order the modification of further D11s. Long travel valves were fitted to the D11s when their cylinders were worn, or in some cases when they were in the workshops for unrelated repairs. All but one (No. 5506) of the D11/1s were modified, and all but four of the D11/2s were modified.

Between 1933 and 1945, the Scottish D11/2 engines were fitted with drop grates. The first to be fitted were the eight locomotives then allocated to Eastfield, which had just had a wet ashpit installed.

When built, the GCR D11/1s were run-in at Gorton and then allocated to Neasden, to haul express services on the faster stretches of the GC main line south of Nottingham. By 1924, the D10s and D11s were fairly evenly divided between the Neasden and Gorton sheds, and it appears that the two classes were used interchangeably at this time. From 1927, D11s were used on some of the Pullman services, including the Edinburgh Pullman between Harrogate and Kings Cross. After the initial trials, D11s and C1 Atlantics would operate the Kings Cross to Harrogate stretch on alternate days. Former NER locomotives would haul the Pullman between Harrogate and Edinburgh. The D11s were allocated to Copley Hill. Accelerating schedules in 1932 took their toll, and the C1s were phased in on all of the Pullman services between Harrogate and Kings Cross.

By 1938, the D11/1s were allocated to Sheffield, Neasden, Gorton and Trafford Park. By this time, the six-coupled Gresley types such as the B17 4-6-0s, were taking over and the D11s were rarely seen on first class express passenger services. Wartime allocations included Retford, Lincoln, Immingham, and Langwith. The Langwith engines hauled heavy workmen's trains to the Ranskill Royal Ordnance Factory. In summer 1945, the D11/1s were allocated to Neasden (4), Mexborough (4), and Immingham (3). During the early 1950s, many of the D11s were allocated to Trafford Park and Heaton Mersey to operate the Cheshire Lines alongside other former GCR 4-4-0 locomotives. During the early 1950s, many of the Cheshire Lines 4-4-0s entered storage, as they were displaced by Midland Region types.

The Scottish D11/2s were initially allocated to Eastfield (6), Haymarket (6), St. Margaret's (5), Dundee (5), and Perth (2). The NBR was noted for keeping its allocations relatively constant, and these allocations remained unchanged during most of the 1920s. In 1928, a few of the D11s were swapped around, with the end result that Perth lost two and Haymarket gained two. Duties included express passenger services and special services, as well as the NBR legs of a number of Pullman services.

The D11s were only displaced from some of the better duties, when the first D49s arrived in Scotland in 1928. Although the D49s took many of the Edinburgh to Glasgow duties, it would not be until the advent of the Thompson B1 4-6-0s after 1945, that the D11s would be completely displaced.

Second World War saw more dramatic changes in allocation. For example, all of St. Margaret's allocation was set to Haymarket in April 1943. However, the D11/2 duties did not change very much. By the 1950s, many of the D11/s were being kept in storage. Although their allocations did not officially change, in reality they were often stored at different sheds or sheds which were no longer being used for active locomotives. 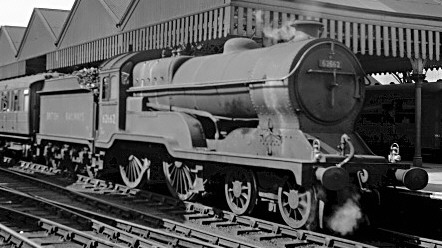 Both groups of D11s continued to perform well on their secondary duties during the 1940s and 1950s, and they were only displaced by the advent of large numbers of the Thompson B1s. With only smaller duties left for the D11s, many of them spent much of the decade in storage. Withdrawals did not start until the end of 1958, but they proceeded quickly. The last of the original GCR D11/1 locomotives were withdrawn in December 1960, and the last of the NBR D11/2s were withdrawn at the beginning of 1962. The first locomotive to be built, No. 506 Butler-Henderson was preserved as a part of the National Collection.

The last D11 was withdrawn in 1962, but the prototype No. 506 "Butler-Henderson" was preserved. The only surviving GCR passenger locomotive, No. 506 was withdrawn in 1960 and was restored to static GCR condition for display at the British Transport Commission Museum at Clapham. With the demise of the British Transport Commission in 1975, No. 506 entered the National Collection and was loaned to the Great Central Railway. Restoration to running condition started in 1981, and No. 506 returned to steam in 1982. No. 506 was moved to the National Railway Museum at York after its boiler certificate expired in 1992. It is currently restored to static condition and is usually displayed in the National Railway Museum's main hall. 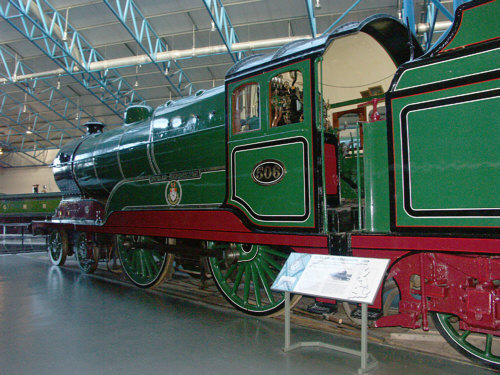 Gem have produced an N gauge kit of the D11. Current availability is unknown.

Both PDK and Little Engines sell 4mm scale (OO gauge) kits of the D11. BEC and Perseverence have both produced 4mm scale kits that are no longer available.

Basset-Lowke sold an O gauge model of the D11 in the late 1940s. Gladiator now sell kits for O gauge.

Thank you to the Mike Morant Collection for the photograph of D11/1 No. 62662 Prince of Wales.

Thank you to Peter Langsdale for the photograph of preserved D11/1 No. 506 Butler-Henderson at the National Railway Museum.

Thank you to Malcolm Peirson for the photograph of GCR No. 502 Butler-Henderson at Gorton in 1920.

Thank you to Neil Ellison for the photograph of LNER No. 6386 Lord Glenallan at Gorton Works in 1924, after painting but before naming.