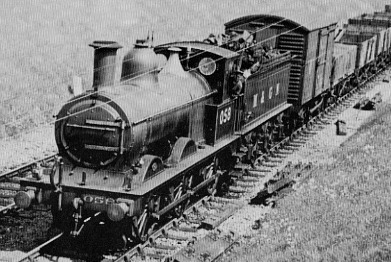 The Midland & Great Northern Joint Railway (M&GN) was formed in 1893 with an ill assorted collection of locomotives to handle goods traffic including no 0-6-0 types. In 1896, eight 0-6-0s were ordered from Neilson & Co. to the final version of S.W. Johnson's standard (small-boiler) 0-6-0 Midland design. These were followed by an order for eight similar 0-6-0s from Kitson & Co in 1899. All sixteen were were known as "Class D" (LNER J40).

Between 1906 and 1928, four of the locomotives were rebuilt with Belpaire versions of the original "H Class" boilers used on the original locomotives. These were known as "Class D Rebuilt" (LNER J41).

The tenders were of the standard Midland Railway 2,950 gallon pattern. Melton Constable quickly reduced the shovelling hole. To increase their coal capacity, the J41 tenders had coal rails fitted at the sides and a vertical plate at the back. Water scoops were not fitted to any of the tenders, due to the lack of water troughs on the M&GN. Whittaker tablet catchers were fitted to the left side of each tender. 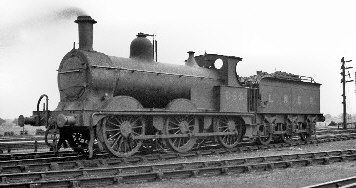 Both the J40s and the J41s were treated as pure goods locomotives, but they were occasionally used for passenger duties when there was a shortage of motive power. The J40s were mainly used on goods traffic between Yarmouth Beach, Melton Constable, and South Lynn. Occasionally they worked to Norwich City, Peterborough, and Spalding. Great Northern (GN) 0-6-0 types were usually preferred at the western end of the M&GN system due to the J40's relatively low water capacity which could pose problems in a headwind. 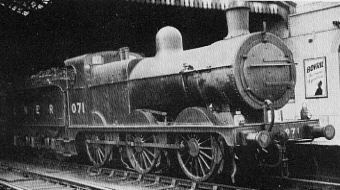 With summer passenger traffic, the J40s and J41s were seriously overloaded. In the summer of 1936, J41 No. 68 attempted to haul seventeen Gresley bogie coaches to Weybourne. The J41 managed to haul this huge load to the Holt distant signal where it stalled on a gradient of 1 in 90. The train was eventually restarted after it was divided and re-assembled at Holt station.

Withdrawals of the remaining J40s and J41s started shortly afterwards. The J41s became extinct in 1943, and the J40s in 1944. The same basic type was also used by the Midland Railway and the Somerset & Dorset Joint Railway. Some of these survived into British Railways (BR) ownership with final withdrawal of occurring in 1951.

All of the J40 and J41 locomotives were scrapped and none have survived into preservation.

Thank you to the Mike Morant Collection for the photograph of J40 No. 065.