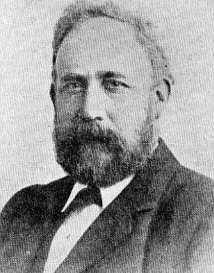 Dugald Drummond was born in 1840 at Ardrossan. Drummond was an apprentice at Glasgow, before working under William Stroudley at Cowlairs (NBR). He moved with Stroudley to the Highland Railway, and then to the London Brighton & South Coast (LBSC) railway. In February 1875, Drummond moved from the LBSC to become the Locomotive Superintendent at Cowlairs.

Drummond moved from the NBR in June 1892, to become the Locomotive Superintendent of the Caledonian Railway. He left the Caledonian in 1890 for a period in private business, before joining the London & South Western Railway (L&SWR) in 1895. At the L&SWR, Drummond innovated more he did during his youth. Such innovations included the first railcars. Drummond died after an accident at the L&SWR Eastleigh Works in November 1912.