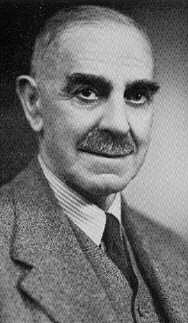 William Stanier was born in 1876, and became an apprentice in the Great Western Railway (GWR) at Swindon in 1892. From 1897 to 1900, Stanier worked as a draughtsman, before becoming Inspector of Materials in 1900. In 1904, Churchward appointed him as Assistant to the Divisional Locomotive Superintendent at London. Stanier returned to Swindon in 1912 to become Assistant Works Manager. In 1920 he became Works Manager, and as such accompanied Collet's new King George V to the centenary celebrations of the Baltimore & Ohio Railroad in the USA.

In 1931, Stanier was approached by the London, Midland & Scottish (LMS) Railway to solve their motive power problems. Inter-company rivalry had caused a lot of problems with the LMS, and these had still not been solved 8 years after Grouping. On 1st January 1932, Stanier became the LMS's CME. He was successful at reducing the struggles between his subordinates, and chose a close team to help with designing the LMS's much needed locomotive designs.

Stanier's first LMS design was the Princess heavy passenger pacific, which incorporated many aspects of Churchward's GWR designs. These did not steam very well, and only 12 were built. In 1937, the Coronation Class (later known as the Duchess Class) was produced and incorporated a number of improvements including a larger superheater. The first members of this class also featured streamlining. Many consider the Duchess Class as the finest British passenger locomotive every built. On a press trip in 1937, the Coronation Scot set a new British record of 114mph - beating the previous record set by a Gresley A4. It is likely that a Duchess may have eventually beaten the final speed record of the Mallard's 126mph, but the LMS lacked a suitable stretch of high speed track and World War 2 intervened. The Duchess Class also had a remarkable power output for their size when compared to larger international locomotives. Weighing only 105 tons, Duchess of Abercorn achieved 3300 indicated horsepower whilst pulling a test train up to Beattock Summit.

Stanier built many other very successful designs for the LMS. Of particular note are the "Black 5" mixed traffic 4-6-0, and the 8F 2-8-0 freight designs. The 8F was chosen by the War Department as a standard locomotive, and as such served with the LNER as the O6 Class during and after World War 2.

Stanier took up an advisory job with the Ministry of Production during World War 2, and his work with the LMS virtually stopped in 1939. He retired from the LMS in 1944. He was knighted in 1943, and made a Fellow of the Royal Society in 1944. He died at Rickmansworth in 1965.